The weeping willow is a very popular tree, as it can brighten up the banks of bodies of water and areas near developed rivers. It can reach heights of 10 to 20 metres.

The weeping willow can reach heights of 20 metres. © Beautifulcataya, Flickr CC by nc-nd 2.0

The weeping willow (Salix babylonica) is a member of the Salicaceae family and is sometimes called the "Babylon willow".

The picturesque silhouette of this species is due to its long, supple and flexible branches, which sometimes hang down to the ground, giving it an often sad aspect, giving it an often sad aspect, as it seems to be "weeping". Its bark thickens significantly as the tree ages. Its deciduous leaves are alternate, single, lanceolate, long (about 8 to 12 centimetres), narrow and finely dentated. Its white summer flowers are clustered into thin catkins about 2 centimetres long. This is a dioecious species.

This species is originally from the far East and was introduced into Europe in 1692. During the Romantic era it was very fashionable in France as it symbolised elegiac poetry.

The weeping willow prefers light and requires plenty of humidity. This tree grows well near watercourses, pools or ponds. It is grown by making cuttings, which take root easily.

This tree is essentially grown for ornamental purposes. 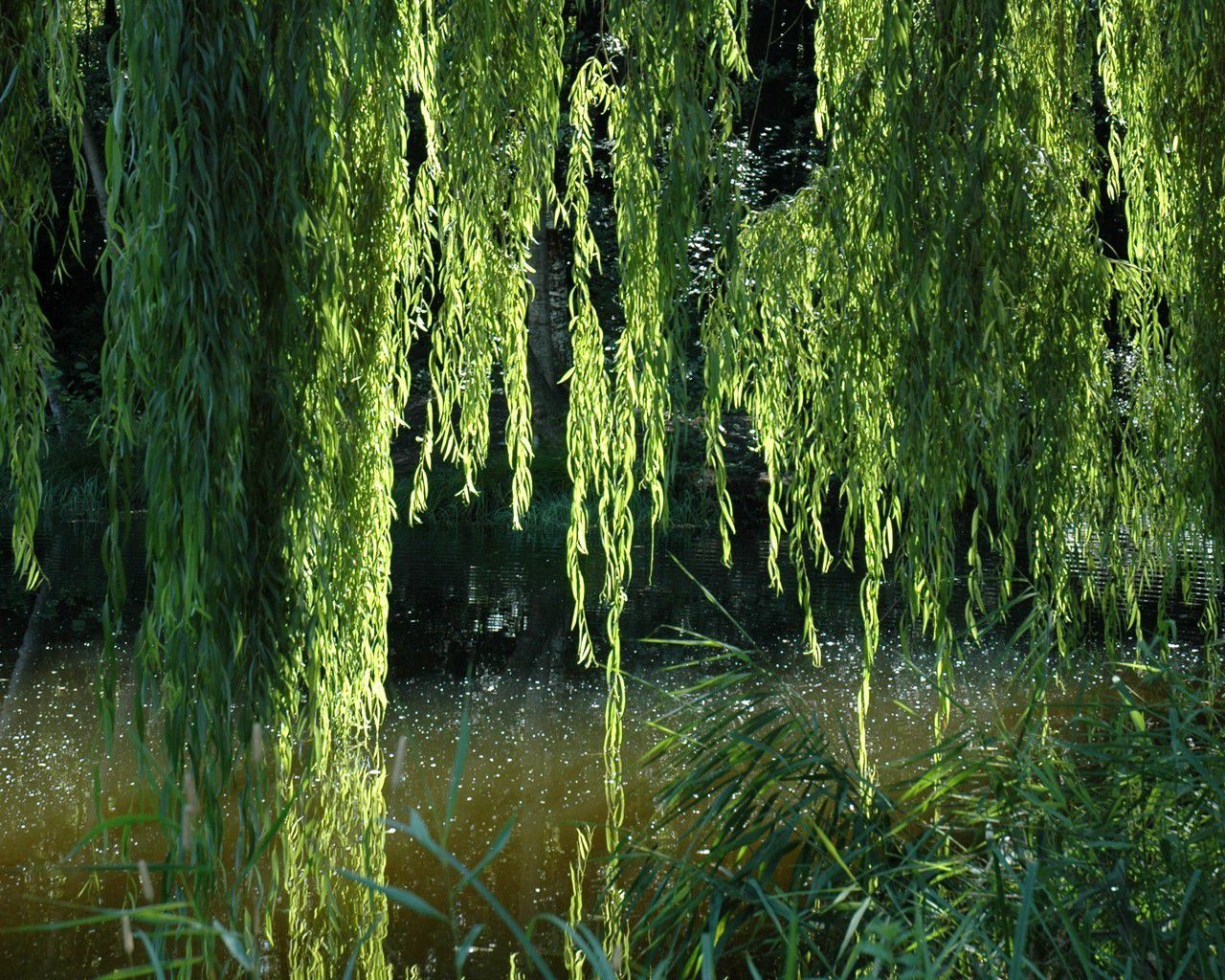