The tomato, rich in water, is particularly enjoyed during the summertime.

Even if tomatoes are available year-round, they are more flavourful from May to October. The tomato is one of the most commonly eaten fruit during the summertime, particularly due to its thirst-quenching properties. Mostly eaten in salads, it can be cooked in a variety of ways.

This fruit (from a biological point of view) and vegetable (because it is mainly eaten salted) helps to prevent both cancer and heart disease, due to the fact that it contains provitamin A and beta-carotene, a known antioxidant. The tomato contains trace antitoxic elements (chlorine and sulphur), which also help it filter waste from the organism and help the liver to fight against certain types of congestion. For people on a diet, the tomato plays an important role in reducing bad fats and facilitating their elimination. During the summer, tomatoes also favour sun-tanning: the presence of lycopene accelerates the increase of melanin, while hydrating the skin and delaying the production of wrinkles.

There are nearly 10 different varieties under the name " tomato". Amongst the most well-known varieties are cherry and cocktail tomatoes, of a small size and eaten as appetizers, as well as tomatoes on the vine, round and elongated varieties. Tomato lovers can also find corduroy, beefsteak and coloured tomatoes at the market. Each tomato variety has a different flavour, between sweet and tangy.

Choosing between these varieties mostly depends on how the tomato will be used. Thus, tomatoes on the vine are great in salads, while a round tomato variety is best for making sauces, juices and purées. For barbecuing, grilling, pizzas or tarts, it is better to use an elongated tomato. Gratins and ratatouilles are more flavourful when they are made with beefsteak and corduroy varieties.

How to choose tomatoes

It is quite easy to choose good tomatoes. Just look for tomatoes with a uniform colour and firm flesh. When choosing varieties still on the vine, look for those of which the fragrance is the strongest: this means they are ripe.

Finally, there are a few recommendations to follow to store tomatoes. The most important is to never put tomatoes in the refrigerator. Even in summer, tomatoes have a high resistance to room temperature and are best kept at a temperature of 25°C rather than in the cold refrigerator. Ideally, leave them out in the open, in a fruit basket. On the other hand, when serving a dish of fresh tomatoes, feel free to place them in the refrigerator for 30 minutes, after cutting and seasoning them. Do not leave them near a window, as any change in temperature can soften them. Finally, it is best to wait until after washing tomatoes to take off their peduncle, and only eat them afterwards.

Tomatoes are originally from Central America, and arrived in Europe during the 16th century. Today, France produces about 350,000 tonnes per year. The regions in France that produce the most tomatoes are Brittany and the entire Mediterranean Rhone area. In total, the French consume an average of 13.1 kilos of tomatoes per year per person. 95 % of households buy tomatoes at least once per year. 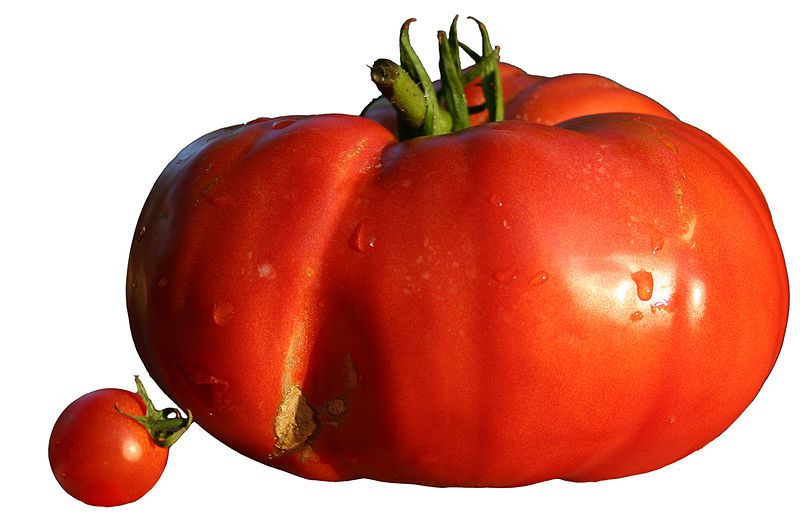