Spinach is a low-calorie source of vitamins.

The best period for eating spinach begins in November and ends in May. However, spinach may be eaten year round in France, as it is grown in the regions of Brittany, Ile-de-France, Picardy and Provence.

The major asset of spinach is its low calorie content: a portion of 200 grammes contains only 36 kilocalories. It is a great food for dieters, since it also provides the energy needed for a body weakened by deprivation, with vitamins A, C, B9 and E, not to mention iron and magnesium.

The most well known varieties are the winter giant variety and the large Viroflay variety. The former can resist cold temperatures, while the latter prefers mild temperatures. They both produce large green leaves.

Although many of the French hate spinach, it was Catherine de Medici’s favourite vegetable. In fact, Catherine of Medici,Margaret of Valois's mother, was the person who brought spinach to France. In the 20th century, Popeye, a cartoon character, became the best promoter of spinach.

First wash the leaves with plenty of water to remove all the soil. After washing, snap off the fibrous stem. The spinach can then be used in sandwiches or in salads, accompanied by potatoes, parmesan cheese or mozzarella. To cook spinach, plunge it into salted boiling water and braise it, steam it or cook it in a wok. 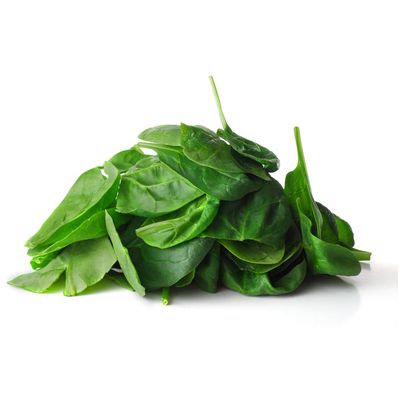 Spinach is rich in vitamins. Which is a good reason to try to like it... © www.jardiclic.com