The Scots pine is the most beautiful European pine, recognisable by the sheen of its red bark and the beauty of its bluish foliage. It can reach a height of 40 to 50 metres.

The Scots pine (Pinus sylvestris), from the Pinaceae family, has several names, such as "Riga pine", "Norway pine", "Scotch pine" or even "Scots fir".

The bark of this species is grey in younger specimens and gradually becomes more coloured with age, turning an orange-brown colour. Although the bark of its crown becomes thinner and comes off in thin strips, the bark of the lower part of the trunk has deep grooves. Its needles, geminate and spiral-shaped, measure 4 to 8 centimetres in length. Greyish green or bluish green in colour, they are flexible, pointed but not spiky.

From April onwards, its reddish female catkins are located at the end of the branches, while its male catkins, a pale yellow, are grouped in compact masses at the base of the tree. Its fruit, cones, are ovoid in shape and always point downwards. Deciduous, small-sized (4 to 8 centimetres long and 2 to 4 centimetres wide), they are brown or blackish. In the autumn of the year following inflorescence that these cones mature to release seeds with a transparent wing in winter.

The Scots pine covers all of Europe and a large part of Siberia, up to 1,600 metres in altitude.

This plant species is rustic and adapts to mediocre soil conditions. Very resistant to cold weather (up to - 50°C) and heat, it grows in many places that other trees could not occupy.

In the past, this resinous species was a favourite of marine carpenters due to the good quality of its wood. Today, this tree is used for many applications in the fields of construction, joinery and the paper industry. 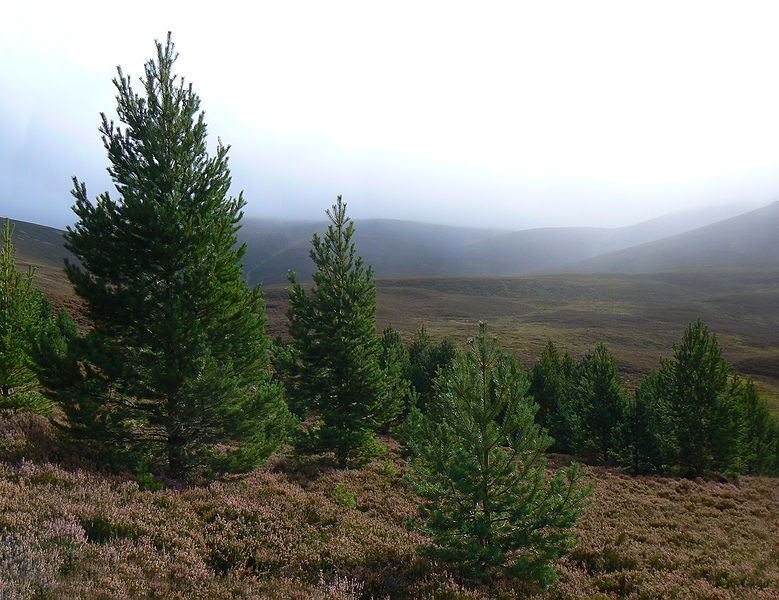