The pussy willow is a tree 5 to 10 metres high that produces spectacular blossoms in spring. It forms a branched shrub with quite flexible branches, most often erect and robust.

ThePussy willow (Salix caprea) belongs to the Salicaceae family. Its name comes from a contraction of two Latin words, mas salix, a name that can be translated as "male willow".

With age, the trunk of this species becomes greyish and cracks vertically. Its young greenish branches have alternate deciduous leaves, which are oval-shaped with a pointed end. The leaf's upper, wrinkled face is dark green, while the other face is greyish and downy. The base of the petiole of its leaves often has two relatively large stipules.

This is a dioecious plant species, with flowers of each sex found on different individuals. Its flowers bloom on bare branches in March - April. Its male catkins, ovoid and grey-coloured, are decorated with many yellow stamens. Its female catkins, of a greyish green colour, appear in the form of silky and silvery sheaths in which fruit mature.

This species of willow has grown for a long time in Europe, Asia and North Africa, and can survive at up to 2,000 metres altitude.

The pussy willow especially thrives in wetlands, thickets or hedgerows. It also thrives in well-drained soil, and can even grow in forests.

The wood of the pussy willow is very tender, with a yellowish white sapwood and a reddish brown core, but is not used very often. Its bark, on the other hand, is rich in tanin and is used to cure leather. However, this tree is most of all used for its capacity to attract bees in the first warm days. 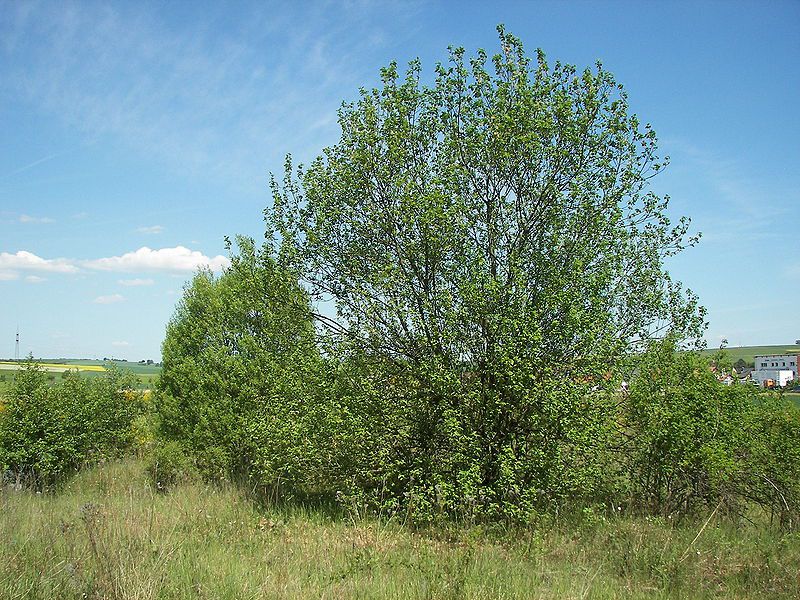