Phytosociology is the study of plant associations.

Based on lists of plant groups, this science is used to describe and classify the vegetation of an environment in an abstract manner, which, nonetheless, often reveals the interactions between the plants and their environment.

Thus, phytosociology is used to study the relations in time and space between plants, as well as between plants and the soil, topography, climate and past and present human settlements.

Phytosociology is therefore used to determine the nature of the soil and microclimatic factors, describe environments and understand their evolution. It can also be useful in reconstructing ecological situations of the past as part of an historical or archaeological study. 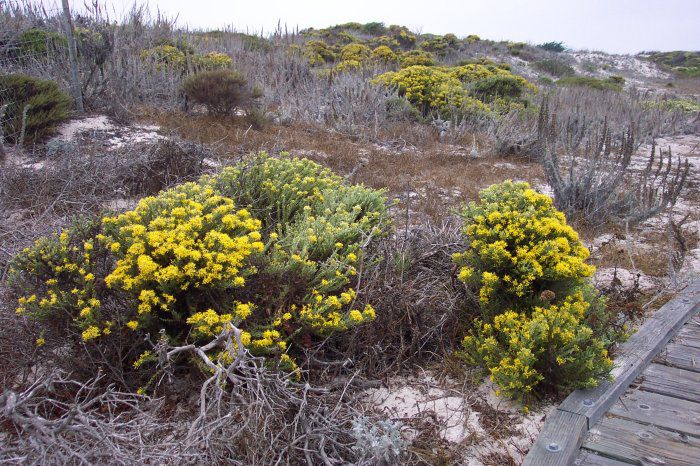 In the vegetation on this dune, phytosociology can be used to identify several distinct and revealing associations at work behind the ecological processes of its environment. © Cpt Albert E. Theberge / NOAA, public domain