Phloem is a tissue that conducts the sap produced by vascular plants. This tissue consists of living cells that are stretched out in a tube shape (graded cells), associated with companion cells, parenchyma cells and liber fibres. 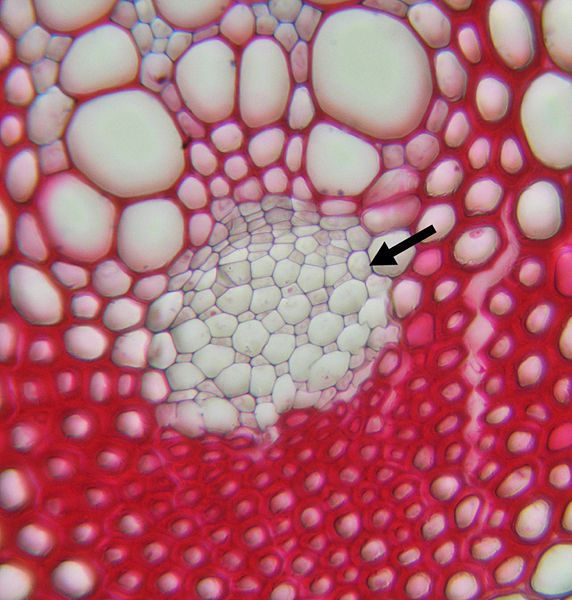 A tinted cross section of a stem. The arrow indicates the phloem, which conducts the elaborated sap. © Clematis, Wikimedia CC by-sa 3.0