The petiole is the plant part that connects the leaf blade to the stem.

In fact, it is a secondary differentiation of the leaf limb that narrowed and curled around itself, before fusing over the course of its evolution.

Sometimes, the petiole is absent. In this case, the leaf is called sessile.

In other cases, the petiole is the only element of the leaf. It is then enlarged and plays the role of a proper leaf. In this case, the leaf is called a phyllode. 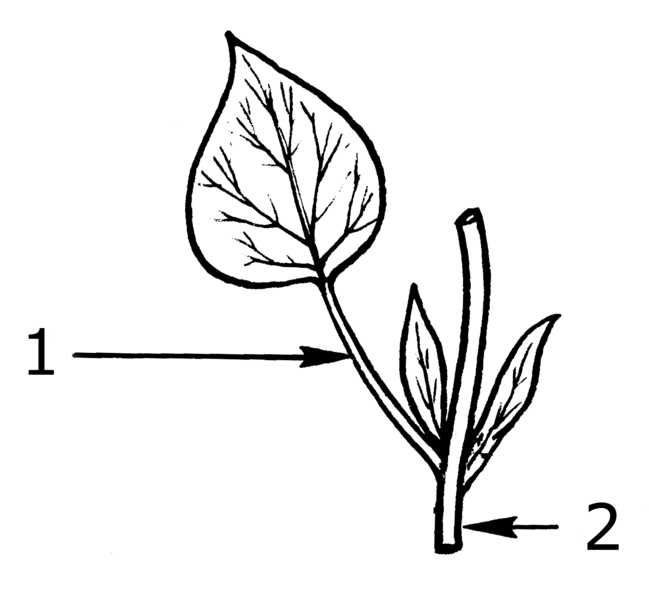