An opportunistic species is a species with a low level of specialisation that is either capable of adapting to varied living conditions, or that gives priority to reproduction over survival.

Some species are defined as opportunistic from an ecological point of view. Indeed, this type of opportunistic species does not depend on a particular habitat and can colonise a wide variety of environments.

This versatility allows these species to better resist man made modifications to the environment by humans and to colonise artificial environments, such as cities.

Other species are qualified as opportunistic with regard to their biological cycle. They are the characterised by the production of a large number of young at a very young age. Often, these organisms only reproduce once during their entire life.

Their offspring do not usually receive any care and are subject to a very high mortality rate. However, the individuals that do survive grow quickly in order to reproduce in turn. The survival curve for these opportunistic species is therefore Type III.

The population of this type of opportunistic species are, therefore, highly variable, but they have a strong propensity to spread and colonise, which often makes them a pioneer species. These species generally form large but transitory populations in disturbed or extreme environments (wasteland, desert...).

In this respect, the desert locust (Schistocerca gregaria) or ruderal plants such as the nettle (Urtica sp.) are opportunistic species. 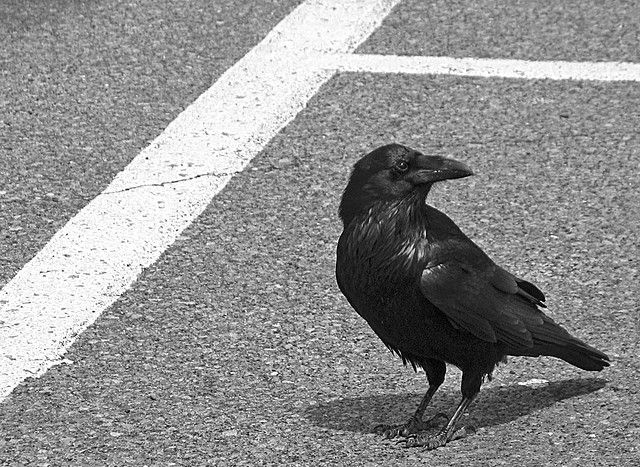 As comfortable in rural areas as it is in the city, the crow is an opportunistic bird. © Chris de Rham CC by-nc-nd 2.0