The Norway maple is especially known for its spectacular blooms which blossom in spring when other trees do not have leaves or flowers yet. This characteristic can be used to differentiate it from its cousin the sycamore. The Norway maple strongly resembles the sycamore but the sycamore blossoms after its leaves develop. This species reaches heights of 25 to 30 metres.

The Norway maple (Acer platanoides), a member of the Aceraceae family, is also called the heirloom maple.

This tree has a robust appearance with an ovoid crown and few branches. Its bark is dark grey, marked with long vertical, shallow cracks. Its deciduous leaves grow opposite one another on the branches. Similar to resembling the leaves of the plane tree, they are 12 to 15 centimetres wide and have five lobes separated by rounded sinuses. They have very delicate tips, a very long petiole and, on the back, five very visible veins. This foliage turns golden yellow in autumn. In April its greenish yellow flowers that are 5 to 6 millimetres wide are clustered in raised bouquets. Its fruit, samara, are fused in pairs at an obtuse angle as extensions of one another.

Traces of the Norway maple have been found dating back 50 million years. It was introduced into France in the mid 18th century for its aesthetic qualities. It is found at altitudes of up to 1,500 metres.

This is a species that grows in full light, preferring rich soil that is not very acid. It is generally found in settlements dispersed amidst other species.

This plant is melliferous and is planted in alignment plantations or as an ornamental tree. Its hard wood can also be used to make handles or tools. 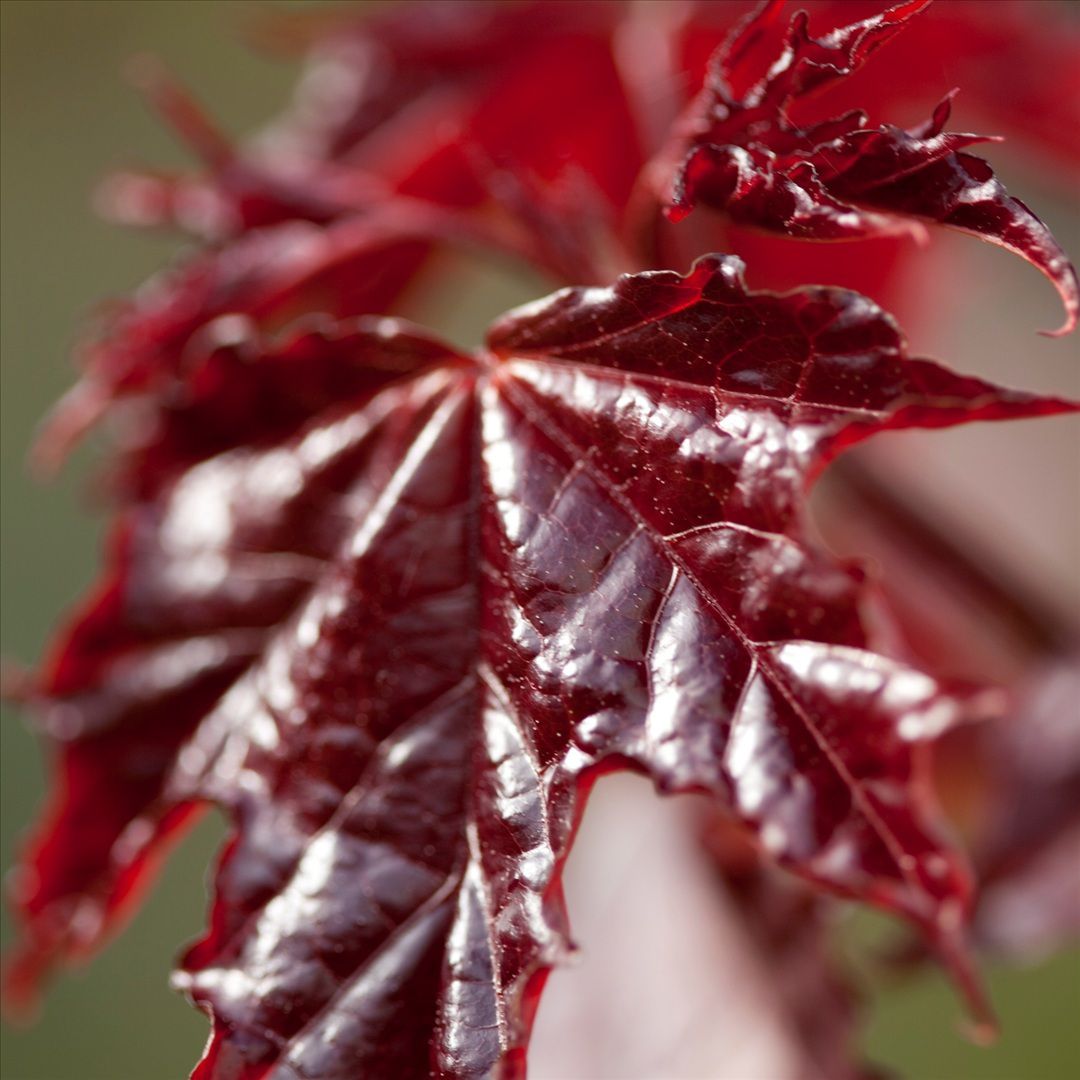