The Nordmann fir is a conifer that can reach heights of 40 to 50 metres. This tree is often used for low altitudes reforestation projects at.

The Nordmann fir is often used as a Christmas tree. © Fotophilius, Flickr by nc-sa 3.0

The Nordmann fir (Abies nordmanniana), from the Pinaceae family, is also called the "Caucasian fir", due to its geographical origins.

This species has a majestic structure, conical, then cylindrical. Its bark is grey, smooth, with a tendency to crack into plates as it grows older. Its persistent foliage has flat needles, from 1.5 to 3 centimetres long, dark green on top and sea-green on the bottom, with two very visible white bands. In autumn, its male flowers form small raised catkins that are yellowish or reddish. Its female flowers are greenish cones, grouped together at the top of the tree. Its fruit are cylindrical cones that are 15 centimetres long, light green, changing to brown on maturity in October-November.

A field of Nordmann firs. © AFSNN

This fir comes from the temperate regions of western Asia (Caucasus, Georgia, Russia, Armenia, etc.). It was introduced into Europe during the mid-19th century by a botanist who gave it his name, Alexander von Nordmann.

The Nordmann fir grows well in mountain forests, at altitudes between 1,000 and 2,000 metres, in quite damp continental climates. It tolerates calcareous soil, as well as drought.

This is an ornamental tree used in public parks and large gardens. It is also often used as a Christmas tree because,unlike the spruce tree, it does not lose its needles quickly when exposed to the heat inside homes. Its white wood is also used in the construction industry and to produce paper pulp. 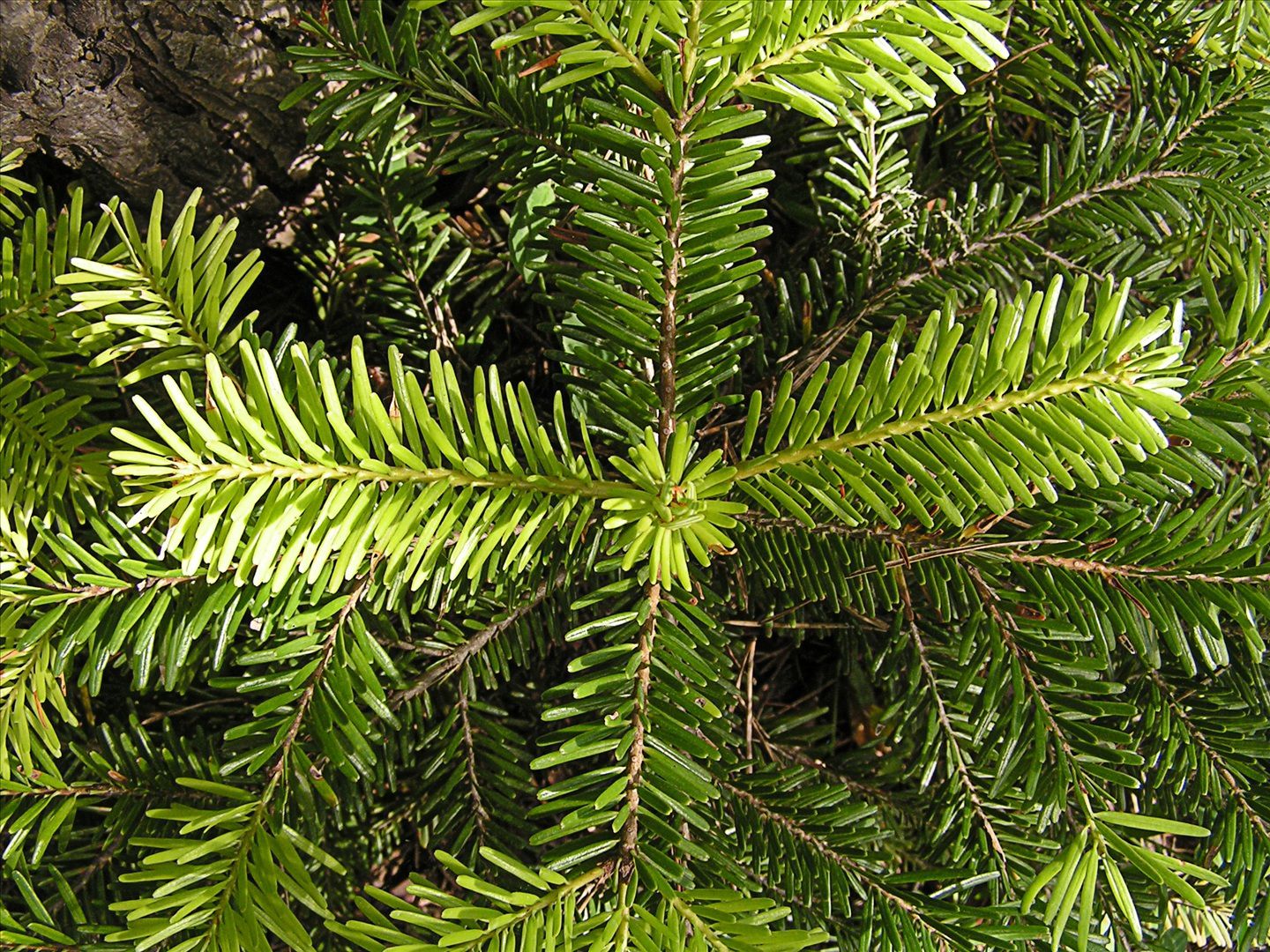