This medium-sized treegrows to heights of between 5 and 12 metres. It is especially noticeable in spring when its light green foliage stands out from that of other species growing near it in the garrigue (scrubland) of Southern France.

The Montpellier maple (Acer monspessulanum) is a member of the Aceraceae family like all other maples.

This tree comes from the Mediterranean area, but can also occasionally be found in France from the Vendée to the Lorraine regions.

The Montpellier maple usually has a twisted shaped crown. Its dark bark cracks with age. Its deciduous leaves are opposite and have three complete lobes. They are shiny dark green on the top and have a long petiole. In autumn its foliage turns red or bright gold giving a spectacular show. This monoecious species flowers in April/May. Its greenish yellow flowers are either male or female. Both sexes are found on the same tree. Its fruit are samaras that measure 3 centimetres and have practically parallel, sometimes overlapping wings.

The fruit of the Montpellier maple are samaras. © Manuel M. Ramos, Flickr CC by nc-sa 3.0

This maple thrives in calcareous soil even when very dry and rocky. It requires lots of light, tolerates drought and is reasonably resistant to cold weather.

The Montpellier maple is often used to brighten up live hedges and windbreak hedges. Its wood is similar to field maple although more coloured, harder and heavier, but its small size limits its industrial applications. 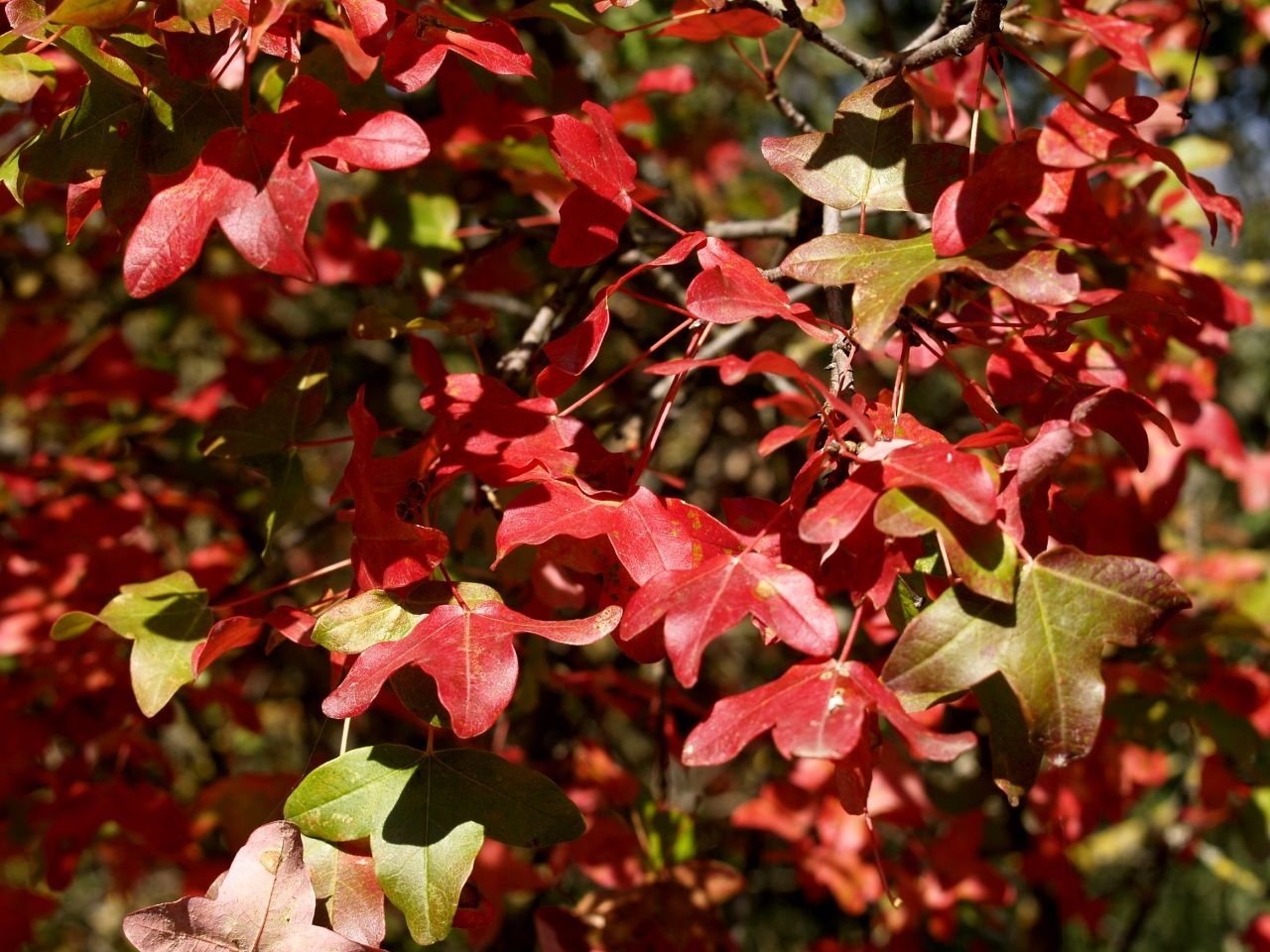