The Monterey cypress is a beautiful tree that can grow to heights of 20 to 25 metres and is renowned for the fragrance that its needles release when they are bruised.

This species (Cupressus macrocarpa), from the Cupressaceae family, is also called "Macrocarpa".

This tree has a short trunk and a very developed crown with many raised branches. Its bark is furrowed with oblique ridges. Its bright green foliage grows on dense branches. Its leaves are shaped like overlapping scales and are 2 to 5 millimetres long. This is a monoecious species. Its flowers are small unisex catkins. The males are yellowish. Female cones are round to oblong, measuring 2 to 40 centimetres in length and formed of six to fourteen scales. They are first green and turn brown over time.

In the past, this tree used to grow naturally in a rather limited area of California, specifically the Bay of Monterey, which is why it is called the "Monterey cypress". It was introduced into Europe in 1838. In France it especially grows along the Atlantic coast sheltered from cold frosts.

The Monterey cypress thrives in sandy soil and alluvia.

This species grows quickly and can be easily pruned which makes it a favourite species for creating wind-breaker hedges, especially in coastal areas. Its pinkish white, fine grained wood is of good quality. 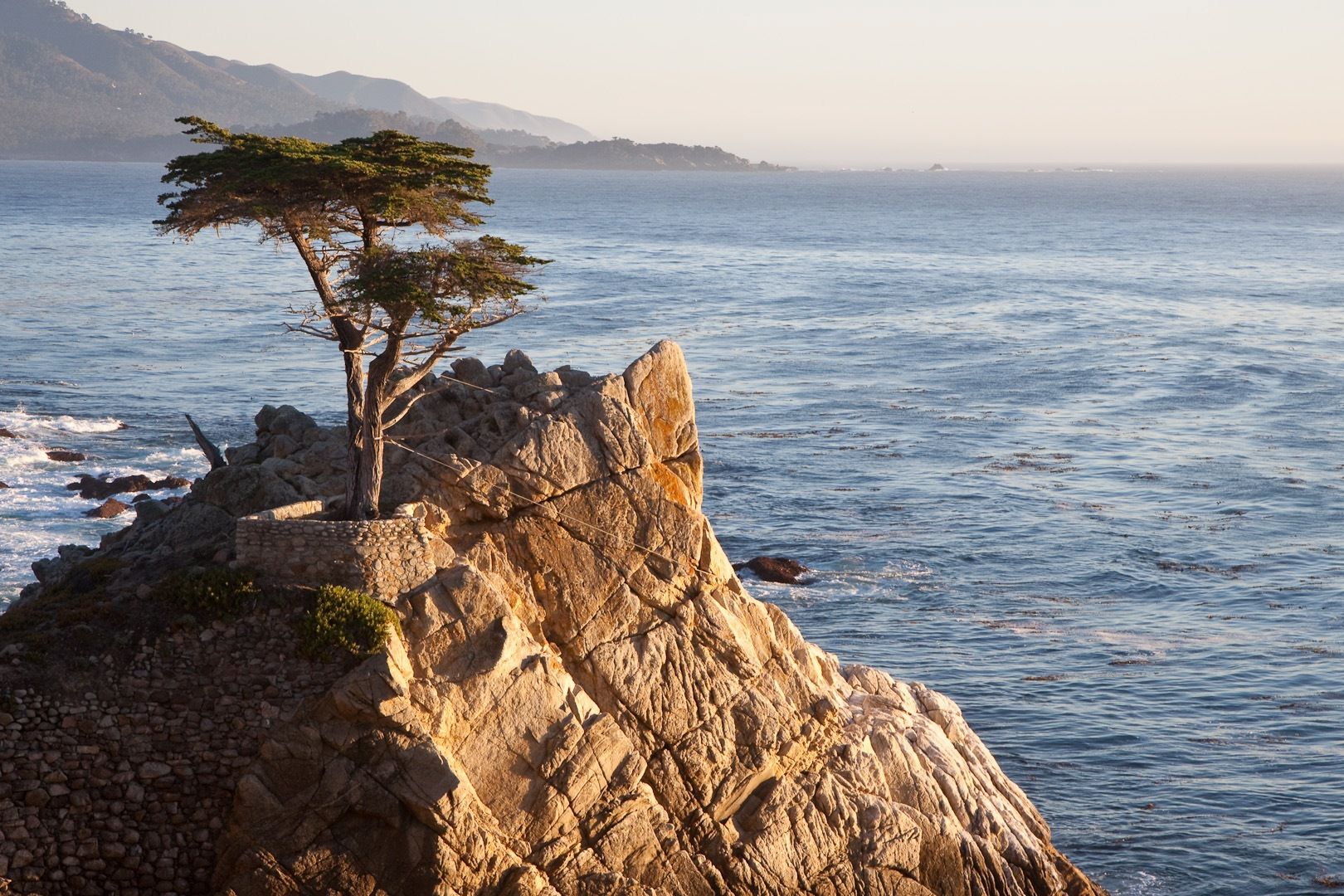