The monkey puzzle tree is an elegant tree that can grow to heights of 15 to 20 m.

The monkey puzzle tree (Araucaria araucana), from the Araucariaceae family, is so called due to the presence on its trunk and all of its branches, of spiky scales that prevent these monkeys from climbing on it!

This tree has an ovoid crown on a very straight trunk. Its trunk is very scaly. Its branches are whorled, first ascending then falling, entirely covered with green, rigid scales. Its persistent leaves are triangular, green, shiny, tough scales ending in a point and overlapping on the branches. This is a dioecious species, with ovoid, brownish male catkins and larger female catkins which are also ovoid and erect. Its fruit are cones which mature after two years, and are edible when grilled.

The scaly trunk of the monkey puzzle tree. © Scott Zona, Flickr CC by 2.0

Originally from the Southern Andes, this species was introduced into Europe by a well-known botanist, Archibald Menzies, in 1795. It especially grows in regions with an oceanic climate.

This species thrives in sunlight and grows well in light, cool, well-drained, humus-rich soil and good hygrometry. It does not like calcareous soil or pollution. It is hardy and withstands cold temperatures up to -20 °C.

The monkey puzzle tree is essentially used for ornamental purposes. 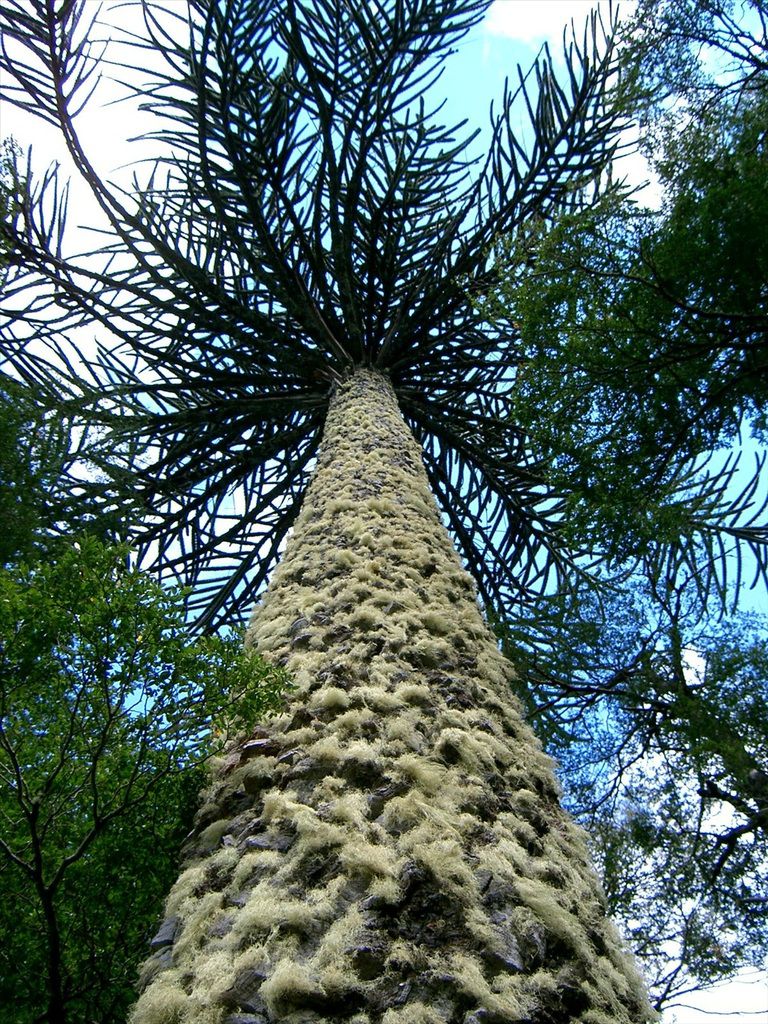