The mirabelle plum is a variety of plum mainly grown in the Lorraine and Northern Alsace regions of France. Incidentally, "Lorraine mirabelles" is a tightly controlled appellation.

Small, round and orange in colour, the mirabelle plum is one of the smallest plum varieties.

The fruit is harvested in late summer during a six-week period (from mid-August to late September).

Mirabelle plums are very sweet and can be eaten raw or baked in tarts. They are also used to produce an eau de vie. Mirabelle plums can be stored in the freezer to be able to enjoy their sweetness in winter.

To make sure the fruit is ripe check that the stone separates easily when the fruitis opened. 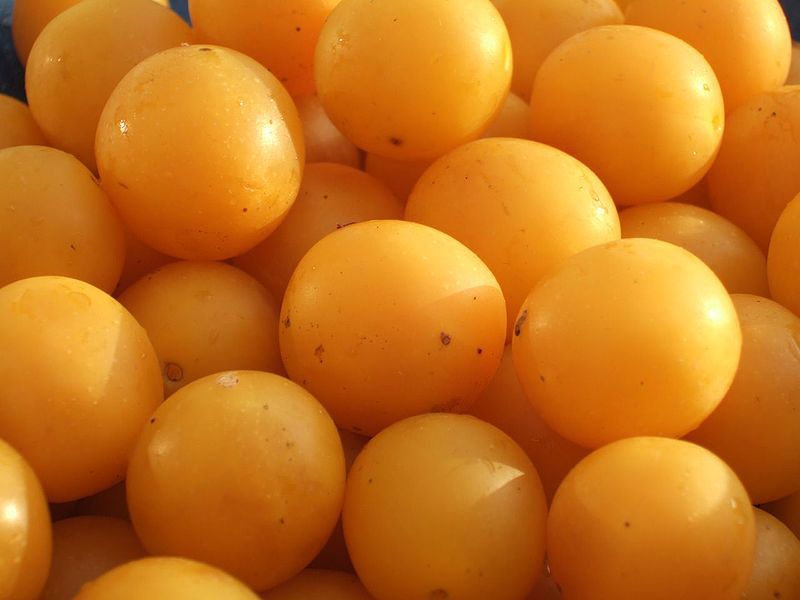