The mandrake is a herbaceous, Mediterranean and perennial plant. The underground part (the rhizome) is bifid and looks like the silhouette of a person: arms, legs, sexual organs, which is why the plant is also known as homonculus andanthropomorphon. This particular characteristic has given the mandrake a quite sinister reputation.

The particular silhouette of the mandrake has given rise to legends and a sinister reputation. © DR

The mandrake is a member of the Solanaceae family of which the composition of active ingredients is comparable to that of officinal Solanaceae. The plant contains about 0.4% alkaloids, mainly scopolamine and hyoscyamine. Mandrake poisoning is similar to poisoning caused by officinal Solanaceae plants (belladonna, datura, henbane. Note that all Solanaceae are toxic: only the fruit of the tomato is edible and only the tuber of the potato plant is edible, the rest of the plant is toxic!). The plant has remarkable hallucinogenic effects, furthermore, its active alkaloids can pass through the skin and into the blood.

Mandrake roots reach down to a depth of over 1 metre. © DR

The mandrake is originally from Syria. It was known by the ancients and mentioned in many written texts. The Hebrews and the Chaldeans used it as a poison.

Doiscorides, a Greek doctor (M.M. IV, 75) specified that there is a male mandrake and a female mandrake (Matthioli, “Mandrake masle, Mandrake femelle”)! He indicated that the mandrake soothes pain; that it works well for treating insomnia and as an analgesic before a surgical operation. He indicated that too high a dose causes death. It is also used to expel phlegm and bile, induce menstruation and the embryo, cure ocular inflammation, wounds (helkos) especially eye wounds, reducing induration (sklêria), abscesses (apostêma), scrofula (choiras), tumours (phuma), treating erysipelas, snake bites, purifying the system and stopping bleeding!

Legend has it that during the war with the Africans, Hannibal abandoned his camp and left behind amphoras full of mandrake roots soaking in wine. He returned and finished off the intoxicated enemy soldiers.

Mandrake's hallucinogenic and narcotic properties were used in ancient medicine as an anaesthetic for operations, or in sorcery as an ingredient for making potions.

The characteristic shape of its root, which looks like a man, is why mandrake is thought to be a magic herb. In the Middle Ages, it was called a half-man or plant-man, and people believed that it let out a cry of agony when it was uprooted. This cry was supposed to make whoever heard it go mad, so witches had the plant uprooted by a trained dog and would put wax plugs in their ears not to hear it scream. There are many legends about mandrake... In the Middle Ages witches used the plant's properties to coat mucous membranes and armpits with a mandrake-based ointment, causing altered states of consciousness with hallucinations, levitation sensations and satanic visions…

In the Middle Ages witches used the hallucinatory properties of mandrake. © DR

The Mandrake by Machiavelli

Machiavelli was the author of a light comedy: The Mandrake (La Mandragola), around 1518-1519. This piece is a short, burlesque farce in 5 acts, a sort of slapstick comedy that foreshadowed the style of popular Italian theatre known as Commedia dell'Arte (a genre that developed during the 16th century).

In Florence, Machiavelli's city, the hero is a young man returning from France, where he studied and learned about the pleasures of life. A friend tells him about a very beautiful woman living in Florence, Lucrezia, the wife of the rich Nicia Calfucci. From then on, his objective is to seduce this beauty. But Lucrezia (who is having difficulties producing an heir for her husband) is a woman who keeps to herself. The two friends try to convince Nicia to take his wife to the thermal baths…one insinuates that the other (a doctor) knows of an infallible potion for pregnancy, a mandrake potion of which the only incovenient side effect is that the first man who 'approaches' the woman who drank the potion will die within a week...The strategy is implemented, but Lucrezia is reluctant to give herself to the first vagabond, employed as an expiatory victim. She is eventually convinced by her mother and the church...the era was not prudish, and Machiavelli sometimes has airs of Rabelais (almost his contemporary). The church's criticism was fierce. This farce was a great success in Florence, Rome and even Venice. 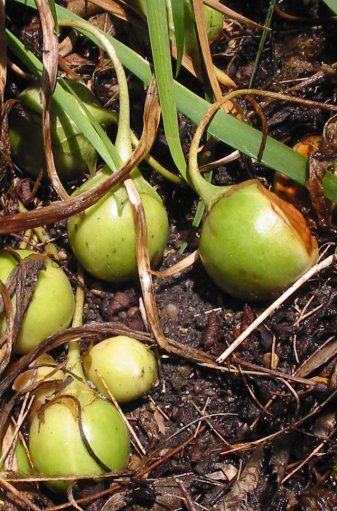