Depending on the variety (adapted to different climates around the world), the lychee can ripen at different times of the year.

Refreshing, the lychee is a fruit that is rich in vitamin C and also contains vitamin B as well as many mineral elements. It does not have a high calorie count, as it only has 62 kilocalories per 100 grammes of fruit. However, it is often consumed as a fruit in syrup, and in this case the number of calories is much higher.

The lychee is a fruit measuring three to four centimetres with a scaly reddish peel which is not edible. Underneath the peel there is a pearl-coloured, very sweet fruit with a quite big stone. The different varieties were created in China and are especially differentiated by the leaves of the plant the lychee grows on as well as their ripening season.

Lychees can be stored for 15 days in the vegetable crisper in the refrigerator. At room temperature, it is best to eat the fruit quickly because, after two days, the peel hardens and turns brown. 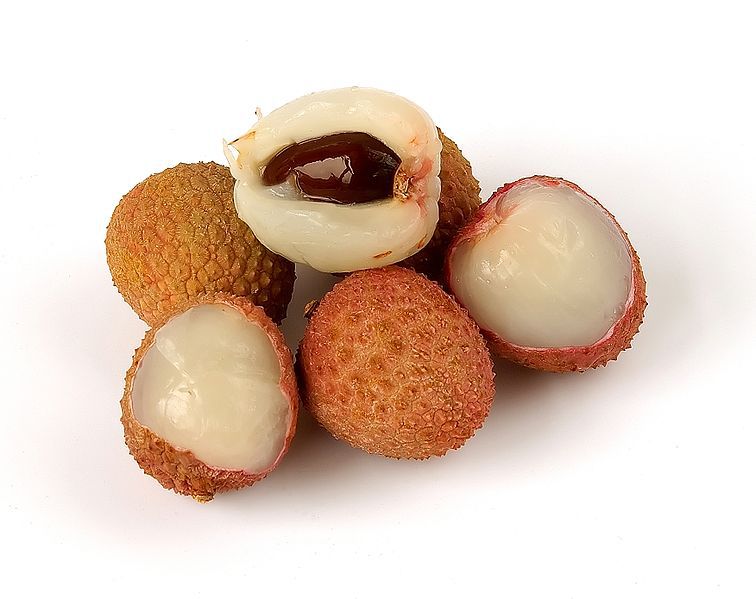 The lychee is a sweet fruit originally from Asia. © Luc Viatour/Licence Creative Commons