Lawson's cypress is a large conifer which, in its region of origin, can reach heights of 60 m, and, in Europe, 30 m.

Lawson's cypress (Chamaecyperis lawsoniana), a member of the Cupressaceae family, is also called the "Ginger pine".

This is a straight tree with a cylindrical structure of which the terminal shoot is always curved. Its bark is brownish-red at first and then turns brownish. Its bluish-green foliage is in scales like the western red cedar. This is a monoecious species of which the male flowers are small terminal red catkins which later turn yellow.Its female flowers are small, round greenish cones which later turn brown. The cones of this species are round and measure between 6 and 10 mm. They have clavicorn scales and are slightly mucronate.

This species comes from the western United States. It was first introduced into Scotland by a botanist from that region, Charles Lawson, then imported to France in 1854.

Lawson's cypress thrives in clay-rich, humid soil and appreciates sunny terrain. It does not grow well in dry soil.

This tree is above all grown for ornamental purposes. It is generally used for hedges and in joinery, as its wood is light, strong and durable. 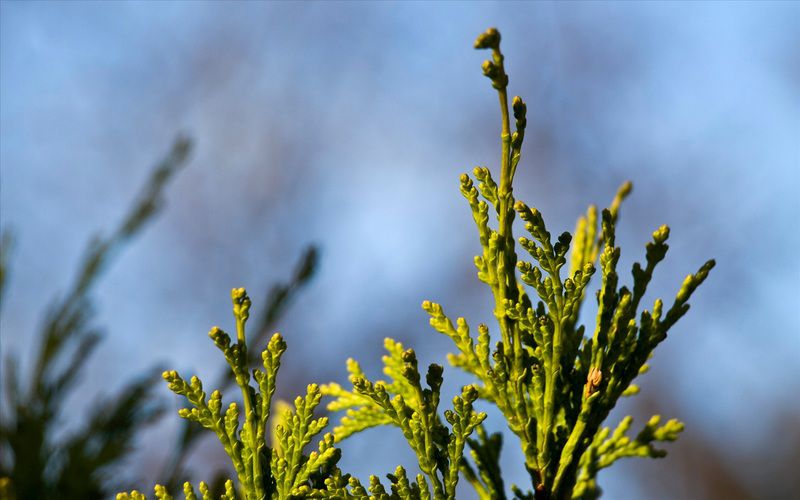