The Japanese maple is a beautiful ornamental tree, growing from 8 to 10 metres high, which essentially thrives in regions with peaty soil.

The Japanese maple (Acer palmatum) is a member of the Aceraceae family.

The trunk of this tree is twisted and has lots of branches. Its light brown bark cracks and becomes grey with age. Its leaves have several sharp lobes and pubescent petioles. This deciduous foliage turns very beautiful colours in autumn, from yellow to bright red.

Its flowers are reddish. Its seeds are carried by samara. Tree breeders have succeeded in creating a large number of varieties of this species, each one more beautiful than the next.

The Japanese maple is an essentially ornamental tree. © Joi Ito, Flickr CC by 2.0

As its name indicates, this species comes from Japan. In that country it has always been grown for the beauty of its autumn foliage, and sometimes as a bonsai. In 1820, the Swedish botanist Thunberg brought this species to Europe.

The Japanese maple can only survive in acid, humid and well-drained soil, in partial shade sheltered from the wind. This species can tolerate temperatures as low as -25 °C.

The Japanese maple is essentially grown for its decorative properties. Its Latin name "acer", which means "pointed", was given to it because in ancient times its wood was used to make spears. 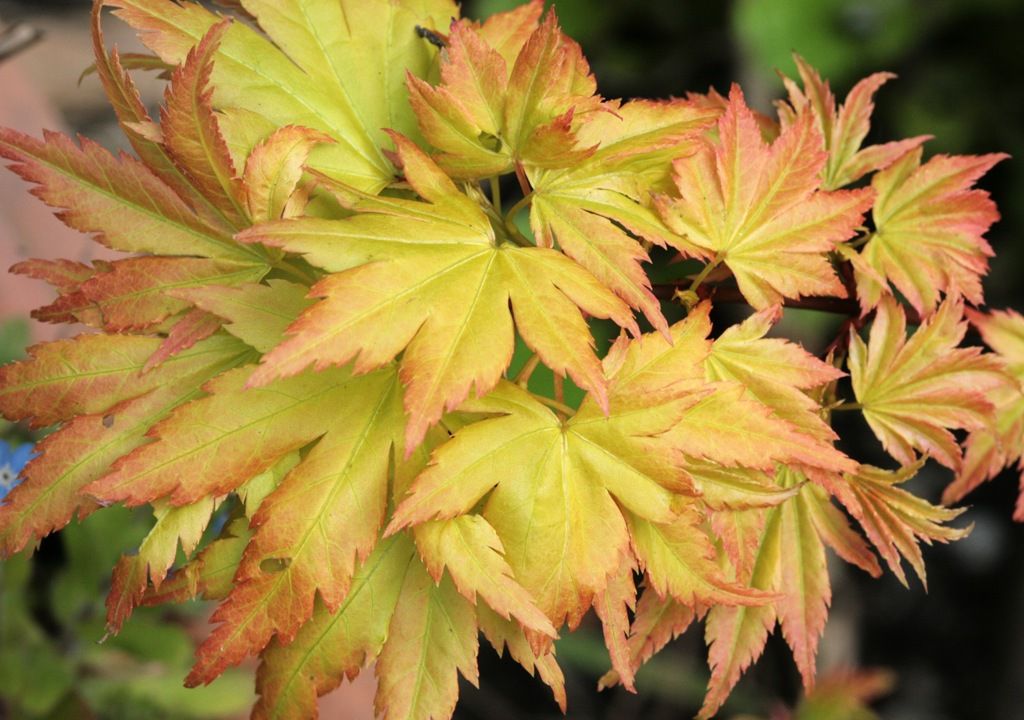