Ginkgo (Ginkgo biloba) is a magnificent tree, that grows to heights of 25 to 30 metres. A survivor of the many species that used to prosper all around the world at the end of the Cambrian and have since disappeared, it is a true living fossil

Ginkgo (Ginkgo biloba), a tree from the Ginkgoaceae family, is also called the maidenhair tree.

The male ginkgo has a slender outline, while female trees have a more compact structure. Its lifespan is very long, sometimes exceeding 1,000 years. Its brown and rough bark cracks with age. Its leaves have two plam shaped lobes, and do not have the central vein, thatmost plants have. Its deciduous leaves have a petiole and are located on the branches in small groups reaching 5 to 15 centimetres in length. In autumn, the ginkgo has a magnificent golden yellow foliage. It is a dioecious species, its male inflorescences are greenish, 7-8 centimetre catkins, and its female flowers are bare, with no foral pieces and grouped into pairs. Its fruit look like yellow plums., They are orange-yellow when ripe, and give off a rancid smell.

Buddhist monks have always venerated this species by planting it near their temples and pagodas in order to prevent fires. Ginkgo is the only living organism that withstood the explosion of the atom bomb dropped on Hiroshima during the Second World War. This tree was introduced into Europe in the 18th century.

The ginkgo is not very demanding in terms of soil quality. However, it prefers cool siliceous soil or fresh silica-clay soil.

Ginkgoes are found inalong many streets and in parks inof large cities, due to their high resistance to pollution and the ornamental nature of their leaves. Ginkgo is used in medicinal applications especially to cure venous circulation problems. 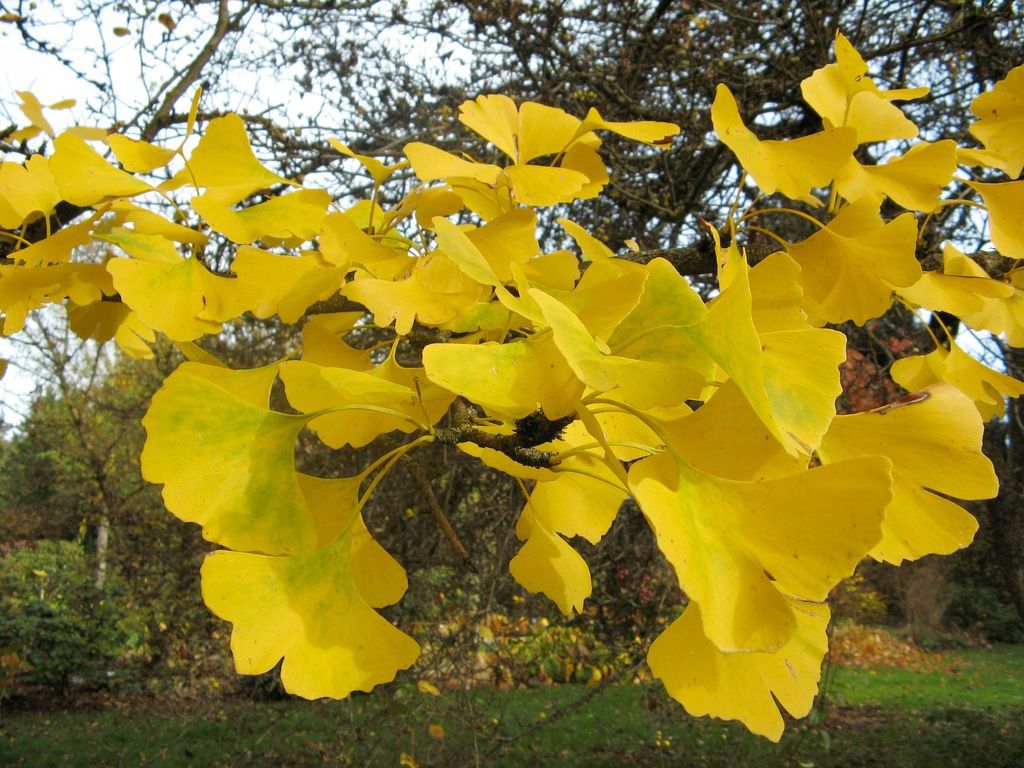