Ginger, whether fresh or dry, mostly imported from Asian countries, is sold in our stores all year round.

Well-known for its aphrodisiac properties, but especially rich in minerals and vitamins (A and C), this root, when fresh, provides 60 kilocalories per 100 grammes (as opposed to 322 kilocalories per 100 grammes when dried). Often eaten in small quantities, it livens up dishes by providing a spicy flavour, but also supports digestion. It also supposedly has aphrodisiac properties.

Ginger from a single plant can be grey (or black) ginger if it is simply dried, or white ginger if it is washed and peeled before being dried. However, the quality of ginger varies depending on the country it came from, as not all countries grow the same varieties.

Choose a firm and compact rhizome with thin, golden beige skin covering yellow and fibrous flesh. It has a spicy, fragrant, lemony taste and is less spicy fresh than when dried.

Ginger can be preserved in sugar or in rice vinegar. 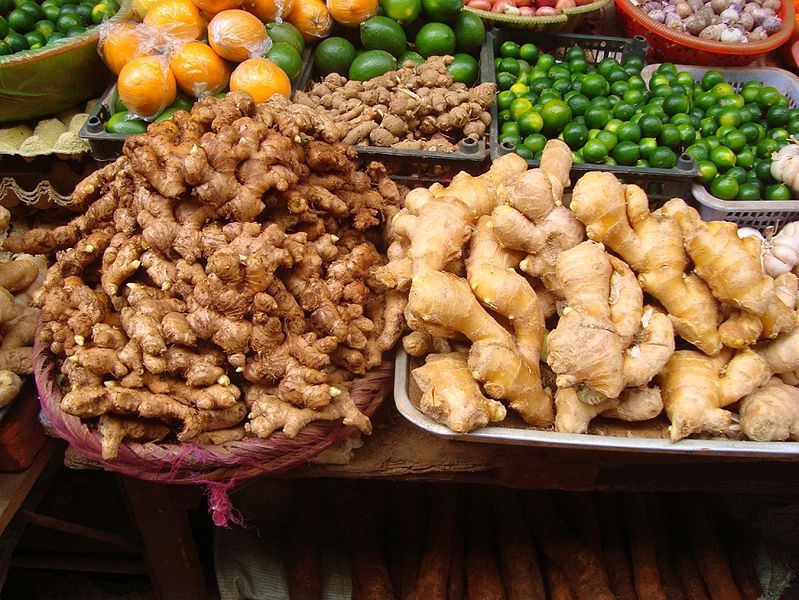 Two varieties of ginger sold in an Asian market. © DR