1 to 3 metres high, with deciduous foliage, the forsythia produces lovely bright yellow flowers that bloom along its branches, as soon as winter comes to an end. When it flowers, spring is not far away.

This shrub (Forsythia X intermedia) belongs to the family Oleaceae. It is also called the "Parisian mimosa".

Forsythia has erect and bushy branches. Its dark green foliage is deciduous and has single leaves that are opposite each other, lanceolate and have a serrated border. Its flowers are hermaphroditic and appear, strangely, before the foliage. They are bell-shaped with four petals and have golden yellow stamens.

Originally from Japan, the first live specimen of this plant was introduced into Holland in 1833. A Danish botany professor, Martin Vahl, created its name in honour of William Forsyth, co-founder of the Copenhagen Royal Horticultural Society.

This species prospers everywhere, even in calcareous soil, as long as it receives enough sunlight. Like all shrubs that flower in the spring, it must be pruned as soon as its flowers wither. Use clippers to shorten all of the main stems that have flowered, at least by a third of their length, on half of the longest stems. Cut the forsythia above a young shoot, and a new branch will grow that will flower the next year. Stems located in the middle, or towards the centre of the clump should be cut as close as possible to the base.

Forsythia is merely a decorative shrub, but only for about one week. It can be successfully included in a hedge, alongside other species. A few branches collected when the plant first blooms will always look fabulous in an elongated vase. 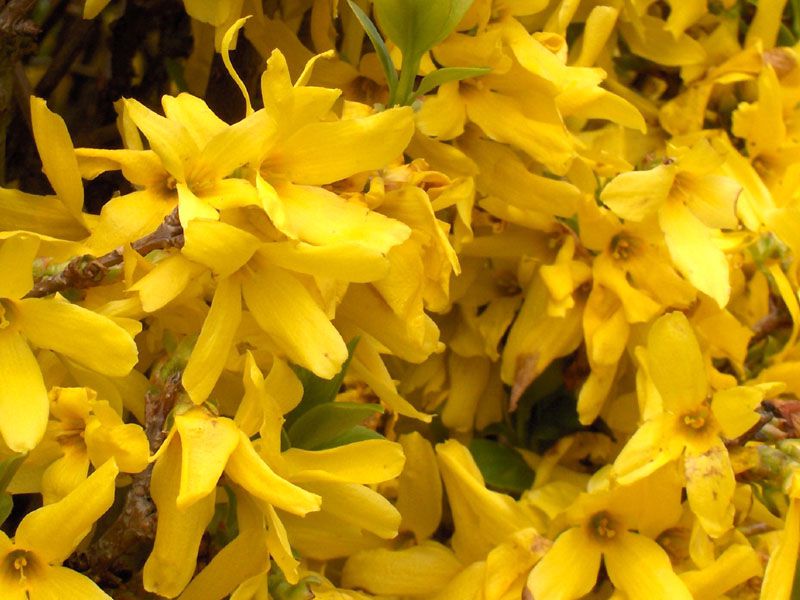