The field elm is a common tree that grows in hedges and can reach heights of 30 to 35 metres. It can live up to 500 years. A serious disease, Dutch elm disease, has already caused significant damage to this tree, by drying out its branches.

The crown of this elegant species is irregular, with few, very thick main branches. Its brownish black bark cracks deeply in patches. Its reddish brown branches are thin but solid, and sometimes have corky wings. Its deciduous leaves are alternate, of an oval to rounded shape with a short pointed end. They are curiously asymmetrical with a larger limb on one side and their edges are doubly dentated. This foliage turns a beautiful golden colour in autumn. Its flowers appear in March, before the leaves, and do not have petals, but have an easily recognisable purplish-red stamen. Its fruit are samara, with a sort of rounded and indented wing that holds an off-centre seed.

This beautiful tree comes from the British Isles, but grows throughout Europe, Western Asia and Northern Africa, most often in regions rich in alluvia. During the Middle Ages, in Southern France, justice was delivered in its shade!

The fieldelm requires fertile and cool, non-acidic soil as well as sunny locations. It is very resistant to cold and supports temperatures down to -35°C.

In the past, the foliage of the field elm was used as feed. Its wood is hard and resists humidity. It is traditionally used for construction, wheel hubs, water mills and pulleys. 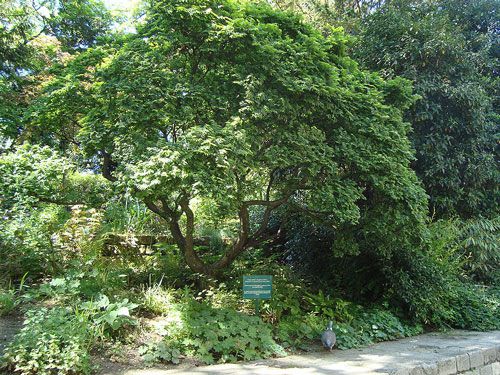