This majestic tree really lives up to its name! It can grow to heights of 15 metres and has especially large, elegant leaves of 15 to 30 centimetres.

The empress tree (Paulownia tomentosa) is a member of the Scrophulariaceae family. It is also called the "foxglove tree".

This tree has a dome-shaped crown. Its greyish bark has orange vesicles. Its spectacular sized deciduous leaves are opposite, petioled lengthwise, heart-shaped ovals that are pubescent on their top and tomentose on their undersides. This species bears floral buttons all winter, which flower in late April. Its flowers are clustered and look like large violet trumpets. They release a fragrance which reminds of that of the violet, and they appear before the foliage. Its fruit are 3 to 5 centimetre, green, ovoid capsules with a pointed tip. The latter open to release winged, cottony seeds .

This species was discovered in Japan by a Dutch expedition in the 18th century. Its name pays tribute to Anna Pavlovna, the daughter of Tsar Paul 1st who became the queen of the Netherlands when she married William II of Orange. The Chinese used to believe the empress tree had magic powers making it possible to preserve beauty and health! This tree was introduced into France in 1834.

This tree can be planted in quite acid soil. However, it prefers well-drained soil in winter in cold regions.

Quite hardy and not very sensitive to pollution, the empress tree is often planted in cities, not for wood, but for ornamental purposes. 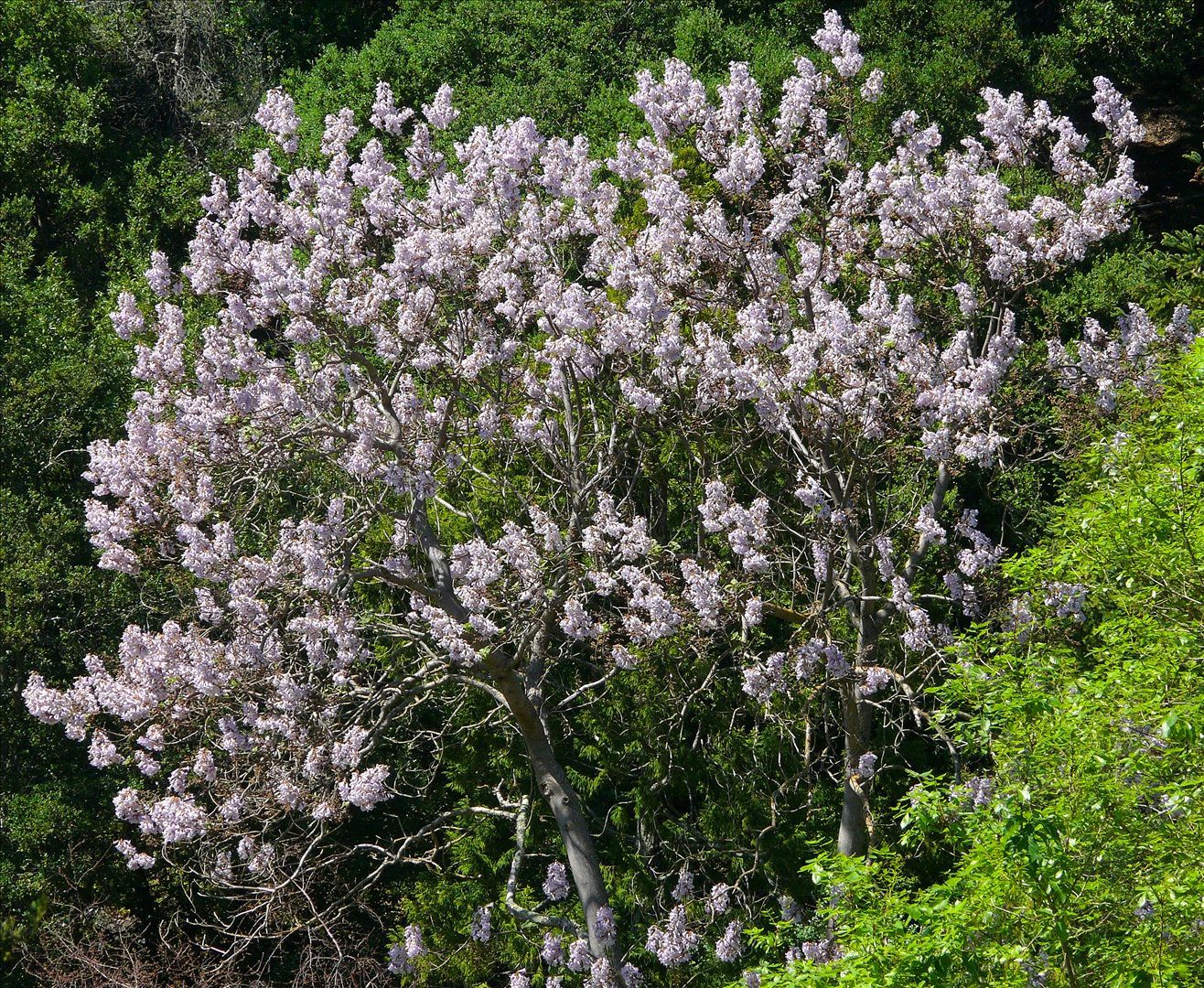