This species of tree looks like the white birch with which it occasionally hybridises. It is rarely found in France. This is a small tree from 15 to 20 metres high with a quite short life span of from 50 to 100 years.

The downy birch (Betula pubescens) is a member, like its more common cousin, of the Betulaceae family.

The rounded crown of this species is wider than that of the white birch. Its branches are spread out. Its trunk is often rather twisted. Its smooth, white bark may have black patches at the base of the trunk. This is a deciduous tree. Its leaves, on erect branches, are alternate and diamond-shaped. It blooms from April to May, producing erect female catkins which are smaller than the male catkins. Its fruit are small winged seeds surrounded by two wings, which fall off to be carried by the wind.

The downy birch comes from the large forests of boreal Europe and Siberia. Only rarely is it found in Southern regions. On the other hand, it is found in peat bogs located at high altitudes, up to 2,000 metres.

The wood of the downy birch is softer and less used than that of the white birch. It is used for veneers and in joinery. 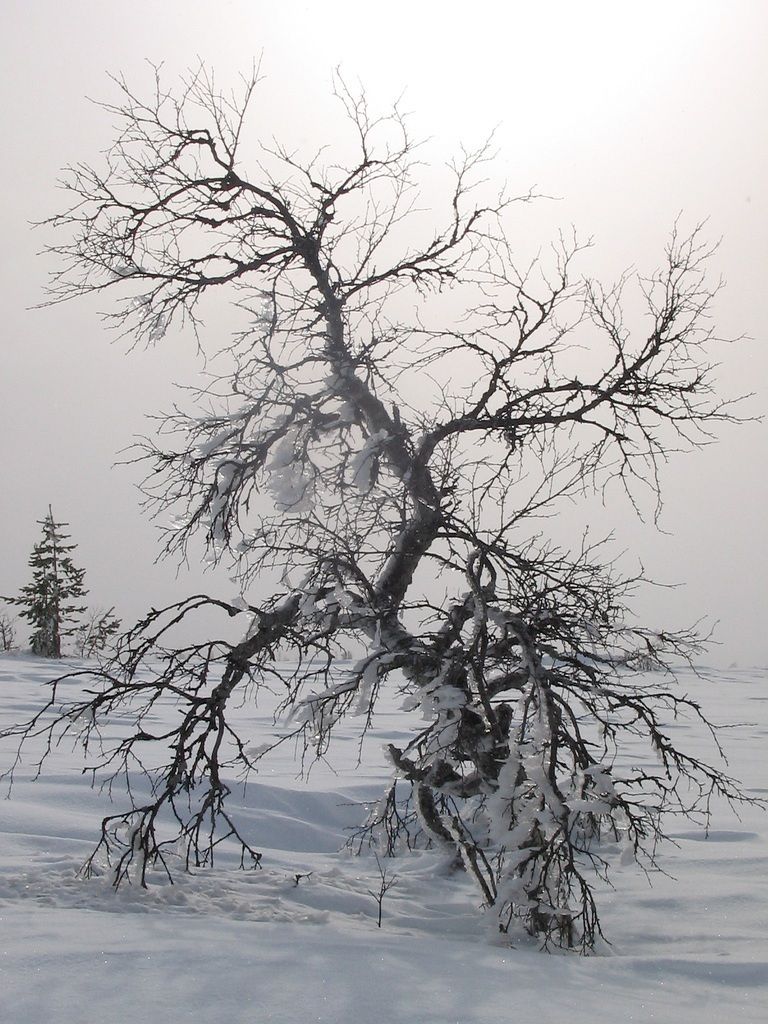