A small tree, the cork oak rarely grows above 20 metres in height. It is a typical Mediterranean species.

The cork oak (Quercus suber) is a member of the Fagaceae family.

The crown of this species is sparse, highlighting its large and rare, winding branches. Its thick, insulating and cracked bark, can reach 25 centimetres in thickness. This bark is the most singular part of this tree. It is a plant tissue constituted of dead alveolar micro-cells that give it a very weak density. Its evergreen leaves are small (from 3 to 5 centimetres), alternate, tough, oval-oblong and bordered with spiny and fleecy teeth on their lower side. Its yellowish flowers bloom between April and May, the male flowers in the form of catkins and the tiny female flowers are separated on the same stem. Its oblong acorns, covered for half of their length by an acorn cup, are grouped into pairs on short and rounded peduncles.

The recognisable trunk of the cork oak. © Mauroguanandi, Flickr CC by 3.0

This tree is originally from North Africa, and has been present in France since about 6,500 B.C. This species grows in France in regions such as Provence, Roussillon and Corsica.

Note how part of the trunk no longer has its bark. © treesoftheworld.net, CC by 3.0

The cork oak needs lots of sunlight and warmth, which explains why it only grows in warm regions. It does not tolerate calcareous soil and therefore only grows in acidic soil, near the umbrella pine and strawberry tree. Thanks to its tap root system, it can root at very deep levels, and is well adapted to droughts.

Its acorns are used for domestic animal feed, its wood is used for heating and construction, but cork oak is mostly used for its bark. Today, its cork is crushed to form granules that dilate when raised to a temperature of 300° C and agglomerate with its own resin, without the addition of any binder. In this form, it is used to create thermal and acoustic insulation panels. 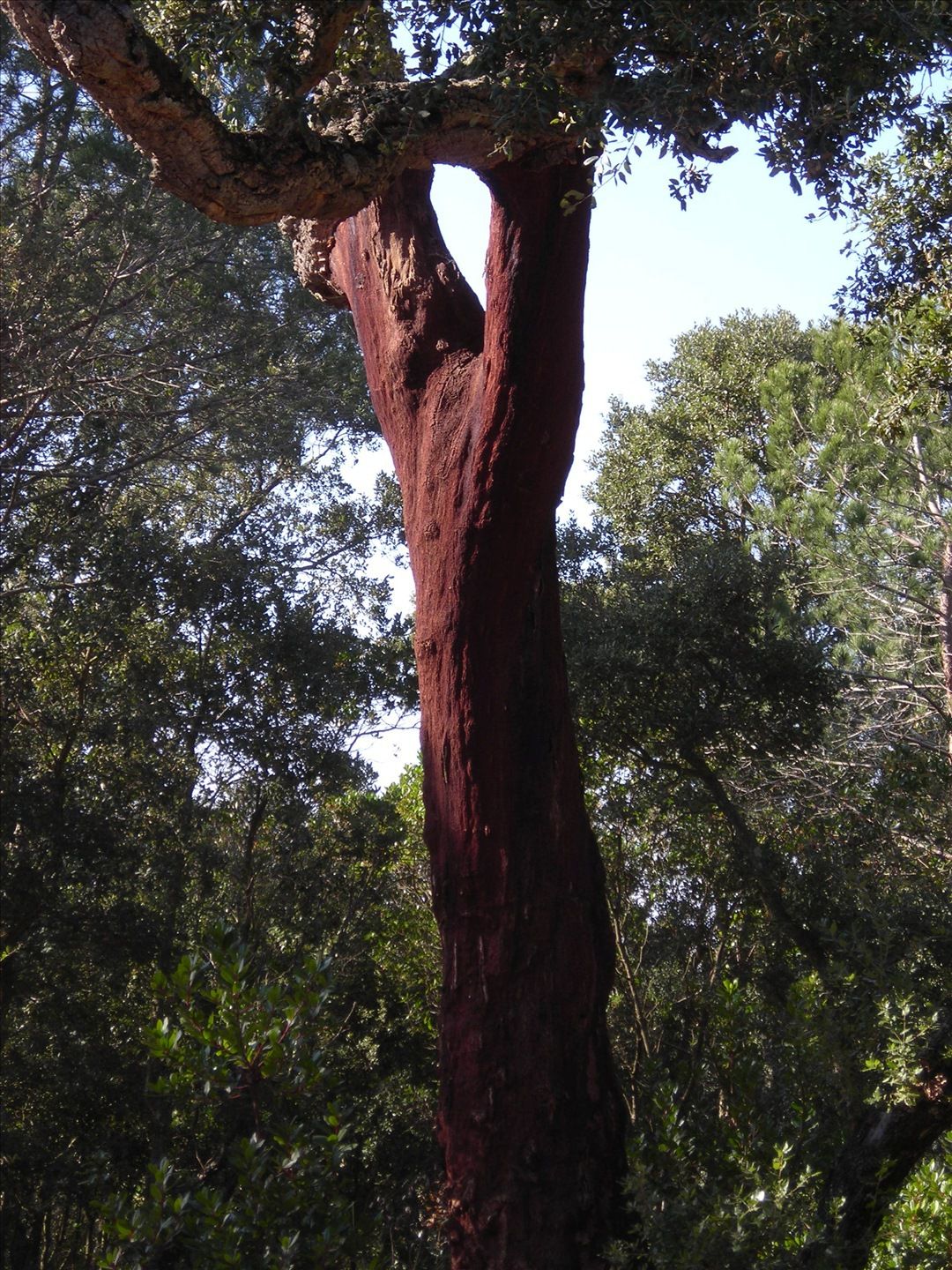