The common ash is one of the largest trees in our forests. It can reach heights of 40 metres and its trunk can reach up to 1 metre in diameter. It grows quickly.

The common ash (Fraxinus excelsior), of the Oleaceae family, is also called the "European ash". Its name comes from the Greek word "phraxis ", which means "hedge" and the Latin word "fraxinus ", a word that means "lightning", for when it grows in isolated conditions, this tree is reputed to attract lightning.

The common ash has a slender silhouette. Its crown is wide, but still rather light, while when found in a forest, the tree's crown is narrow and elongated. This species has ascending branches, an irregular top and slightly dense foliage. Its bark is smooth, pale grey and begins to crack after thirty or so years. Its deciduous leaves produce characteristic black buds , which are very visible in winter. They are opposite and composed, with 7 to 13 dentate and smooth leaflets. The common ash flowers after 30 to 40 years, and then, from March to May depending on the region, produces small yellow greenish flowers, grouped into panicles which appear before the leaves. At first they are raised, and then they hang. These flowers are hermaphroditic. The flowers bloom from March to May depending on the region. Its fruit are flat samara, which measure 5 centimetres, are petioled and grouped into tufts of 10 to 20 that remain on the tree during the winter.

This species is found throughout Europe, except in the Mediterranean regions and above 1,500 metres in the mountains.

This species requires regular rainfall throughout the year. It grows well in a humid atmosphere but suffers from spring frosts. It requires rich soil that is neutral or low in acid.

The slightly pinkish white ash wood has the same qualities as oak, although it is weaker and less durable. It is especially used in cabinet making. In the past, it was believed that the ash repelled snakes and that its presence nearby could help cure impotence! In some regions people use ash leaves to make a refreshing beverage, "frenette", or ash cider. 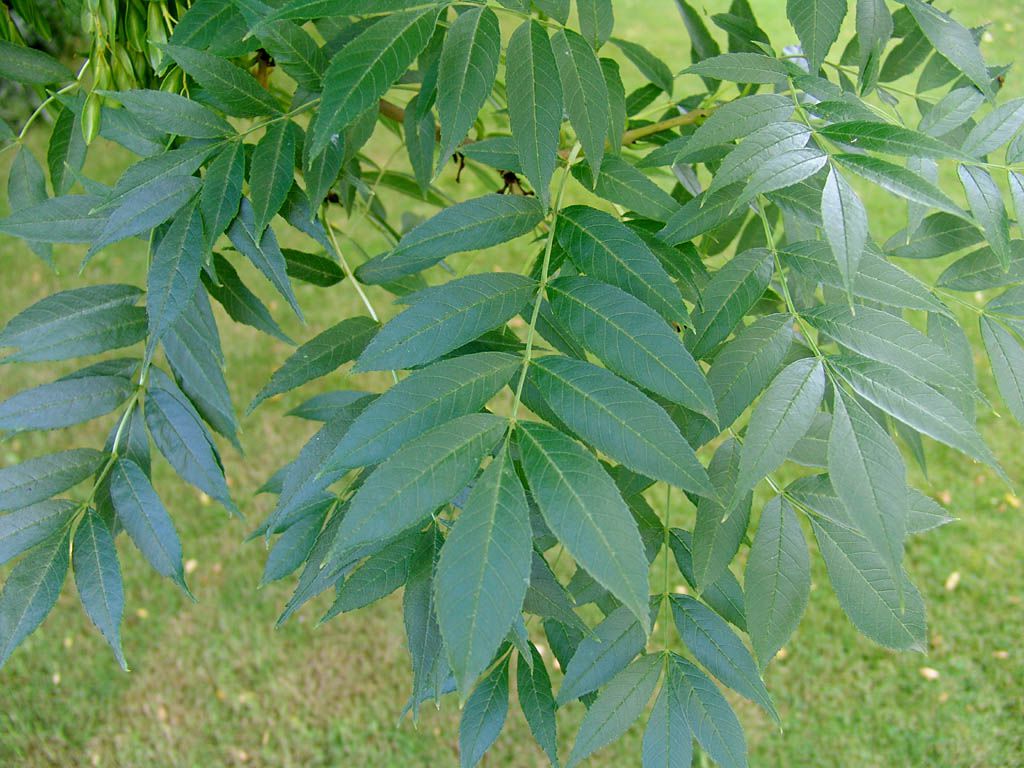