The clementine, often confused with the mandarin, is a winter fruit.

Starting in early November, the clementine can be found on supermarket shelves and in markets in France. Its juicy and sweet flesh is often particularly fragrant. Low in calories, it can boast being a staple in the autumn and winter seasons. Round and firm, its segments, which are covered by a fine membrane without white filaments, are easy to peel. Its taste is somewhere between sweet and tangy.

Essentially grown in Spain and Japan, the clementines eaten in France come from Corsica. Specialists still consider the origins of the clementine to be a mystery. Some believe that clementines originally came from Algeria. Clementines are said have been discovered by Clement Rodier between 1900 and 1902, in the region of Oran, hence the name "clementine". Others believe that the fruit comes from China. The result of a cross between the mandarin and the bigarade (bitter orange), the four most well-known varieties are Corsican clementines, the Spanish Oroval and Hermandina varieties, and the Moroccan Caffin and Carte Noire varieties.

Often confused with mandarins, which are a little bigger, clementines are orange-coloured and slightly green at the ends. This colour also serves as proof that the fruit has not been ripened in a cold room. Clementine-lovers should rest assured that the green colour does not prevent the clementine from being ripe, sweet and tasty. On sale from mid-October through mid-January, the colour of clementines develops into a reddish-orange. Look for fruit with leaves attached, because this proves that the fruit is fresh.

Outside desserts, clementines can be matched with salads or used to make sauces, marmalade or sorbet. After purchase, you may keep clementines for several days at room temperature. For longer storage periods (1 to 2 weeks), it is best to place them in the crisper in the refrigerator. In any case, clementines should not be frozen. 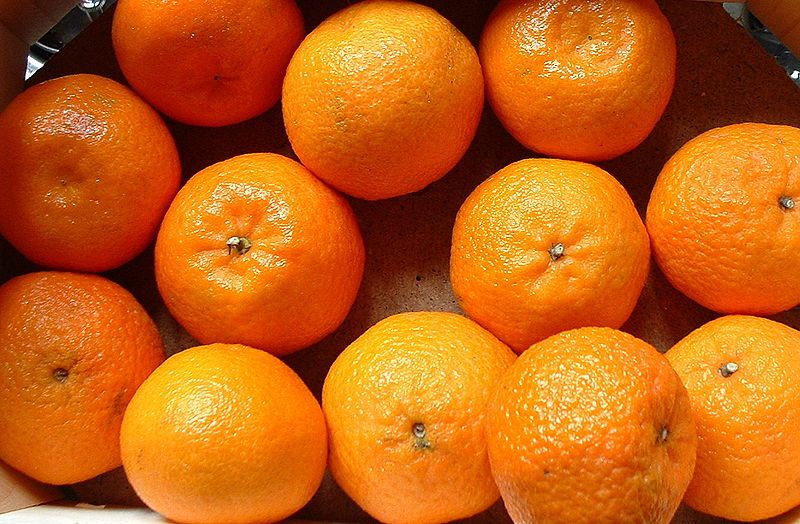