Although it grows best in warm climates, chayote can be grown in France, where it is harvested after 6 months of sunshine (around November).

Chayote is a diuretic vegetable, rich in water, potassium, copper, magnesium; it contains 11% vitamin C and is very low in calories: 19 kilocalories per 100 grammes of flesh.

Called the christophine, vegetable-pear or merleton, the chayote is a fruit that does not come in many varieties. Its colour, however, may vary from cream to dark green, and the fruit may be more or less spiny.

A berry in the shape of a large wrinkly pear, lumpy, hard, green or white-ivory, it can measure up to 20 centimetres. Spiny or smooth, chayotes must be very firm and not bruised. They have a quite bland taste similar to a potato. 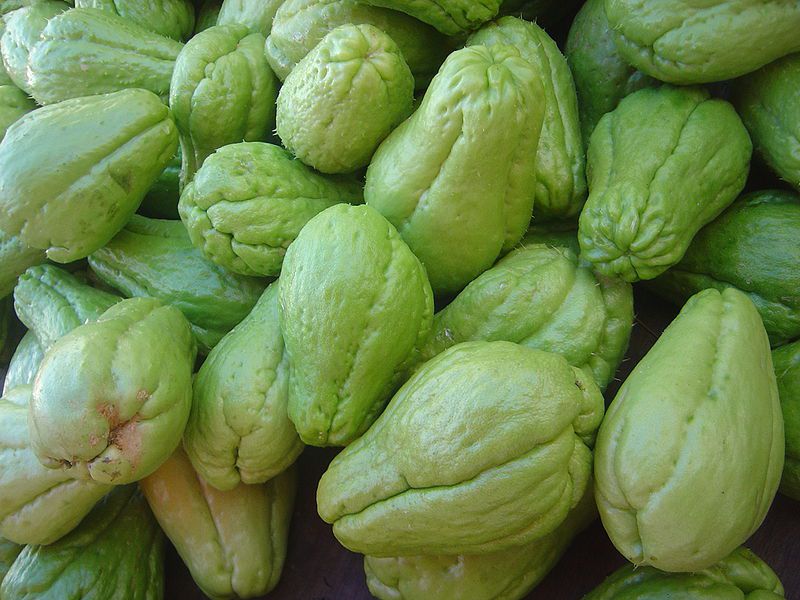 The chayote is a fruit that tastes like potato. © David Monniaux, Licence Creative Commons