Chard is a vegetable of which the leaves and petioles are eaten, and which looks like beetroot.

Chard is ideally eaten from April through October.

Low in calories (20 kilocalories per 100 grammes), laxative, diuretic and emollient, this vegetable is tonic and refreshing, as well as being rich in minerals, fibre and trace elements.

Chard can be kept in the refrigerator for 8 to 10 days in a perforated or half-opened bag. It is best to eat it as soon as possible. It freezes well after being lightly blanched. 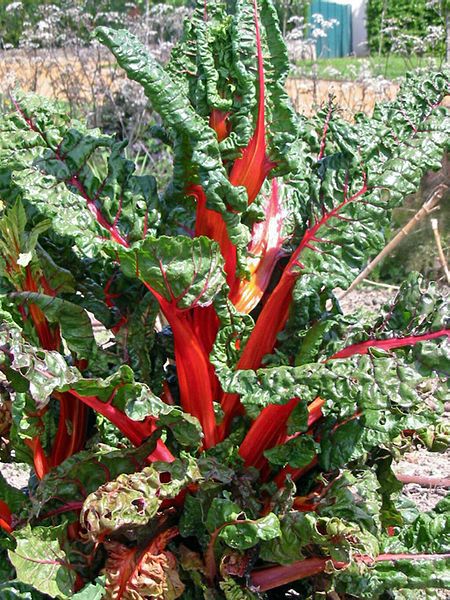 Rhubarb chard is a variety of chard. © Wikimedia Commons