Celery is a vegetable of which the stalks (or petioles) are edible.

Celery is found on market stalls from June to February.

For a long time celery has been used as a medicinal plant (aphrodisiac). It is low in calories (15 kilocalories per 100 grammes) and rich in mineral salts (potassium, calcium and iron), trace elements and fibre.

Celery heads are rather heavy. Its foliage is blond to dark green. Its stalks are white, fleshy, shiny and crunchy when fresh. 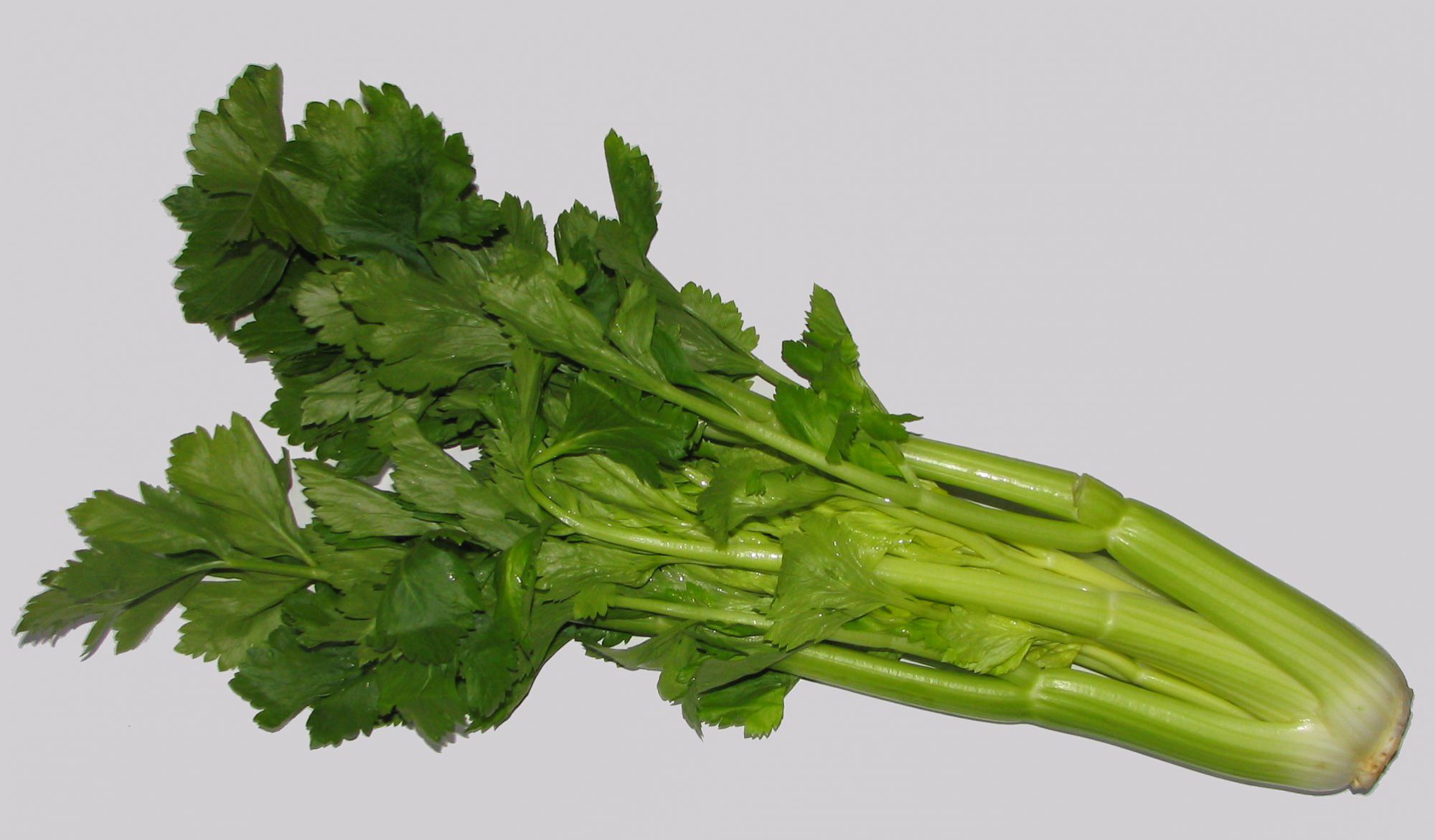