Celeriac, a winter vegetable, is sold on markets from September through to April.

Low in calories (18 kilocalories per 100 grammes), celeriac is rich in mineral salts (potassium) and trace elements, vitamins B9 and fibre.

Celeriac is a variety of celery (like Pascal celery), which is grown only for its root. However, there are also subvarieties of celeriac:

Choose bulbs that are of a uniform colour, without brown or yellowish stains. Celeriac should be a firm and heavy ball (between 800 grammes and 1 kilogramme) but should not be too voluminous. 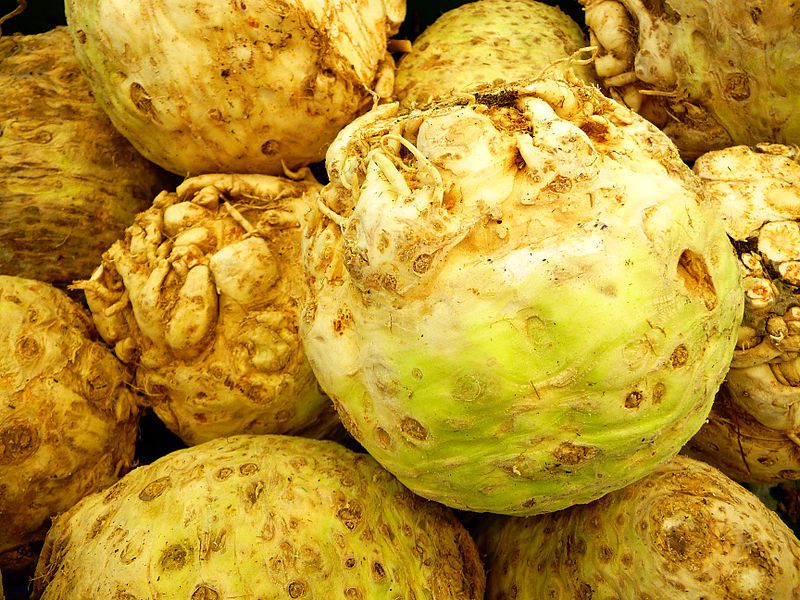