The catalpa is a magnificent tree, 8 to 15 metres tall, that may be used to provide beautiful decoration in gardens.

The catalpa (Catalpa bignonioides) is a member of the Bignoniaceae family, and is also called the "southern catalpa" or "Indian bean tree". It received its family name because its trumpet shaped flowers look like those of the beautiful climbing plant, the trumpet vine.

The crown of the catalpa is wide and rounded into a dome. Its bark peels off in pale brown patches. Its deciduous foliage has large leaves 30 centimetres long, arranged on the branches in triple whorls, with a heart-shaped ending in a slender point. Its leaves have a long petiole. The lower face is a little hairy and gives off an unpleasant odour when it is bruised. In between June and July, its flowers, grouped into tight clusters, are white with yellow streaks and purple accents. Its fruit, which ripens in September, resemble long beans and split in two in order to release seeds the following spring.

Originally from the Southeast of the United States, this tree was introduced into Europe in 1726. Botanists of that era named it after a bean called the "catalpa", in the Native American Carolina tribe, the Cherokees.

This species can tolerate freezing temperatures down to -20° C. It requires copious watering in summer. When grown in a garden, it is best to prune it before it returns to its vegetative state.

The catalpa is essentially grown for its ornamental qualities. Many are to be found in the Parisian region. Note that there is a beautiful variety that produces golden leaves in autumn. 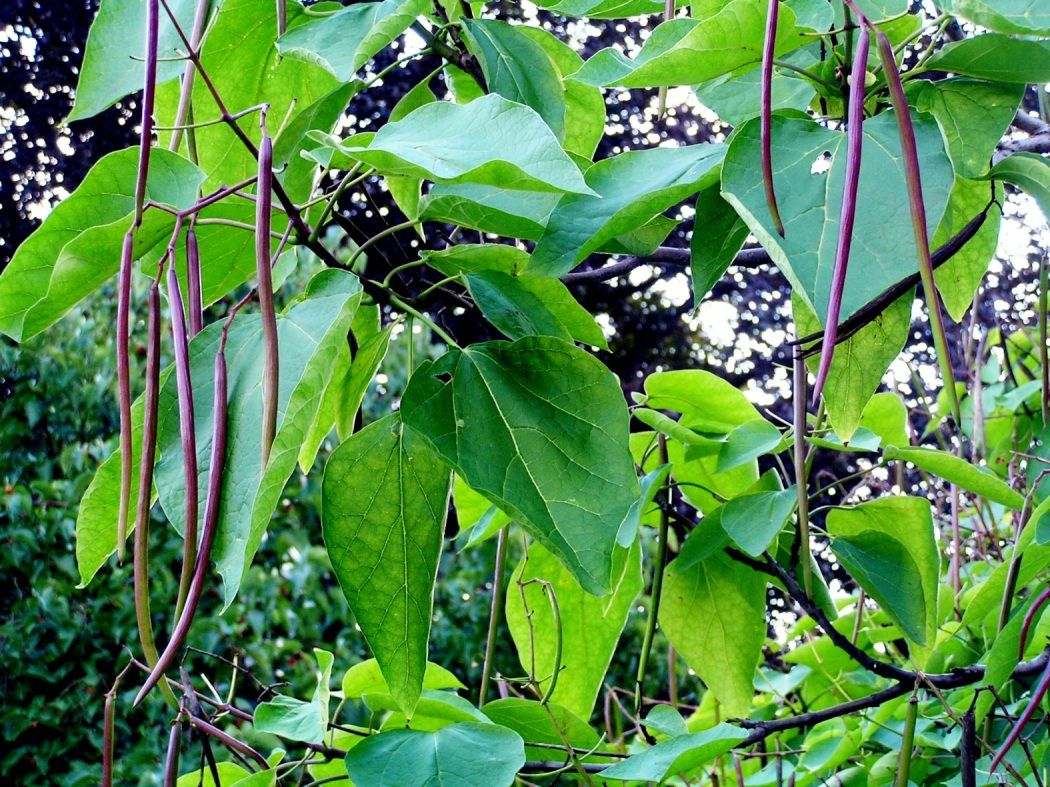