The black mulberry is a tree with beautiful dark green foliage which can grow to heights of 15 to 20 m .

The black mulberry (Morus nigra) is a member of the Moraceae family.

This is a small tree that is leafier than the white mulberry. Its crown is rounded and its trunk is quite short and can reach a diameter of 1 m. Its deciduous leaves are alternate, smooth or slightly pubescent on their reverse. These leaves measure up to 15 cm in length, are cordiform or lobed, alternate and unevenly dentate, pointed at the top and heart-shaped at the base, while the leaves of the white mulberry are smooth, light green and more rounded, or even shiny. This tree flowers in May-June, its male and female flowers bloom on separate catkins, sometimes even on different branches. The black mulberry produces edible fruit about 25 mm long which are very delicate and staining.They are ripe around mid August.

The black mulberry is a fruit tree originally from Western Asia. © Fotero, Flickr CC by nc 2.0

This is a species of fruit tree originally from Western Asia, which was introduced into Europe by the Greeks and the Romans for its fruit, mulberries.

This tree is hardy and especially thrives in dry, light and rocky land.

If, in the past, the white mulberry was used to raise bombyx caterpillars for silkproduction, its cousin the black mulberry has ornamental qualities and very hard, dense wood with remarkable colours and grain, often sought out for marquetry. In the past its fruit were used to prepare a syrup used to for sore throats. 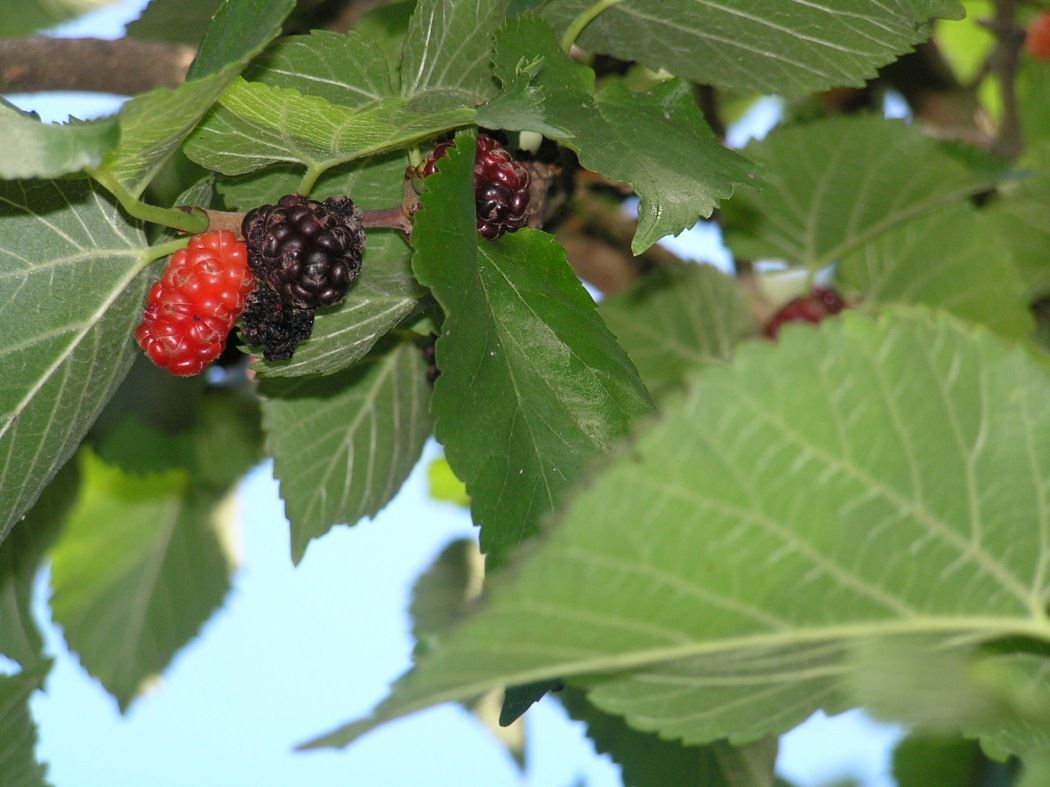