The black locust is a tree that can reach heights of 20 to 30 metres. Often suckering, it forms groves that are sometimes invasive and has an important place in the wooded landscapes of plains and hills.

This species is slender and thin and has a quite wide crown of twisted branches. Its trunk is grey-brown, with thick bark and deep cracks that run lengthwise. Its suckers and young branches are spiny. Its deciduous leaves have between 9 and 19 oval folioles and have stipules on the non-flowering branches, which change into sharp thorns that can stay in place for several years. Its hermaphroditic flowers are white, and grow in fragrant hanging clusters 10 to 25 centimetres long. Its fruit are flat pods, from 7 to 12 centimetres long and contain several seeds.

This tree comes from the Appalachian region in eastern North America. Introduced into Europe, it quickly became an invasive species.

This tree loves light and especially grows on the edges of forests, along roads and railway tracks. Very hardy, it grows nearly anywhere, except on calcareous land. Near its roots, it has nodes that help it to fix the atmospheric nitrogen in the soil, which allows it to grow well without nitrogen fertiliser.

Very hard and almost rot proof, black locus wood does not need to be treated and can be used as a substitute for exotic woods. It is used to produce vine stakes or fences pickets and garden furnishings. Its flowers are used in the perfume industry and to prepare delicious honeys. 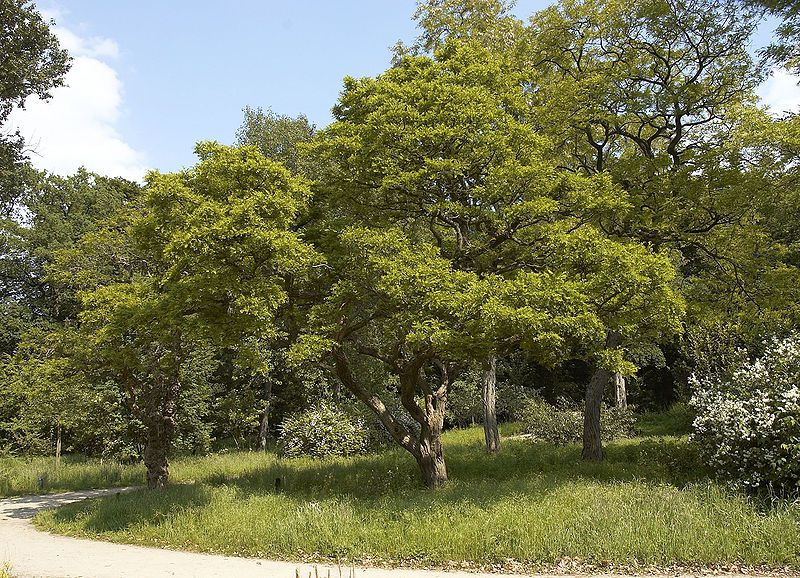