The Aleppo pine is a tree that reaches heights between 5 and 20 m and often lives near the parasol pine and the stone pine.

The Aleppo pine (Pinus halepensis) is a tree that belongs to the Pinaceae family. Sometimes it is also called the "Jerusalem pine".

The crown of this species is sparse, often umbrella shaped. Its trunk is twisted. Its silvery grey bark cracks with age. Its needles measure from 6 to 10 cm long and are grouped by two into brushes at the end of the branches. Its male and female flowers are separated but are located on the same tree, always grouped into tufts. Its 8 to 12 cm long fruit are hanging cones and persist for several years on the branches. Its abundant seeds, about 5 mm long, have a large persistent wing which facilitates quick and far-reaching dissemination.

This tree is common in North Africa, Spain and Italy. It is also found in Israel, Jordan, Lebanon, Syria, Turkey, Greece and, in France, in the Mediterranean region.

This species is found in the garrigue (scrubland), in scree or even between cracks of rocks on the coast. This species loves light and tolerates strong sunshine and long periods of drought.

It grows in clayish and calcareous soil.

The wood of the Aleppo pine is of mediocre quality and is used to make crates and for heating. 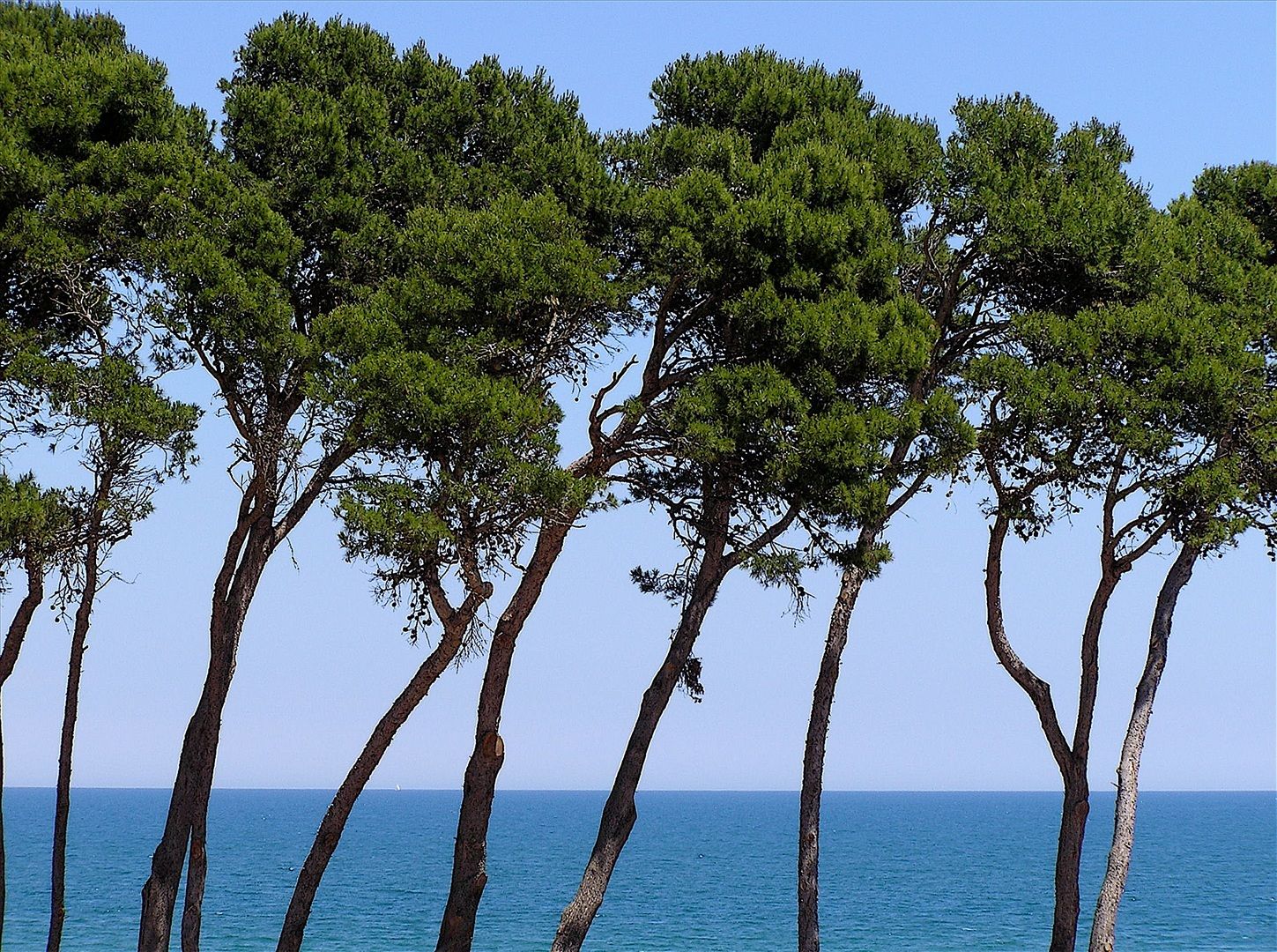