In botany, an achene is a dry fruit of which the single seed is not attached to its envelope which called the pericarp. As opposed to pods, the achene does not open to release its content: it is an indehiscent fruit. The envelope can be of different shapes and be modified to facilitate the dispersal (wing shaped) or protection (shell) of the seeds.

For example, the walnut and the hazelnut are two achenes of which the particularly thick and tough envelope is called a shell. The fuzzy balls of dandelions are a cluster of achenes easily carried by the wind, just like the winged seeds of maples, which fly by spinning like helicopters. 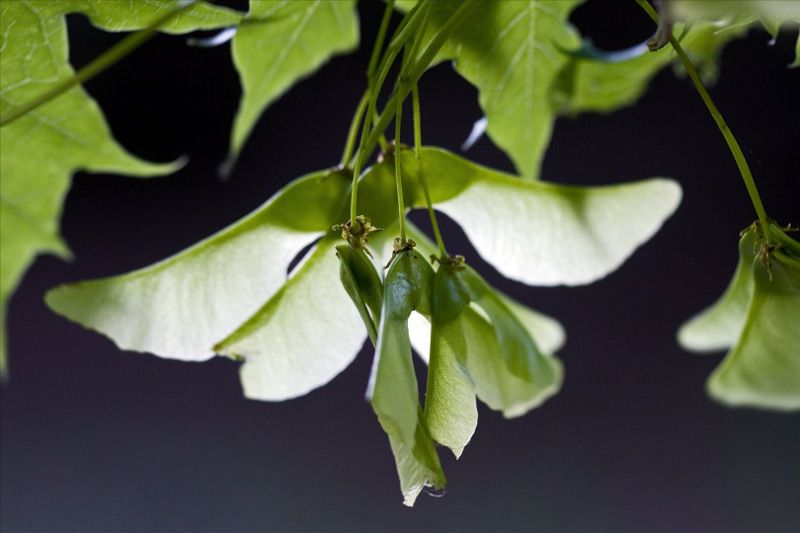 The achenes of the maple, grouped in pairs of which the modified wing shaped pericarp is used to facilitate flight, are called "samara". © Anna Strumillo, Fotopedia, CC BY-NC-ND 3.0