The trachea is part of the respiratory system.

Function of the trachea

The trachea enables air which is rich in oxygen to pass from the larynx into the lungs, while at the same time filtering air to improve its quality. It is also the route by which air rich in carbon dioxide is removed from the lungs.

Structure of the trachea

The trachea is a flattened tube 12 centimetres long and 2 centimetres in diameter. It is composed of 15 to 20 cartilaginous rings that are relatively flexible. The surface in contact with the air is lined by a respiratory epithelium composed of ciliated cells (which filter dust) and mucus cells that facilitate the transport and removal of waste to the larynx where the mucus is swallowed. 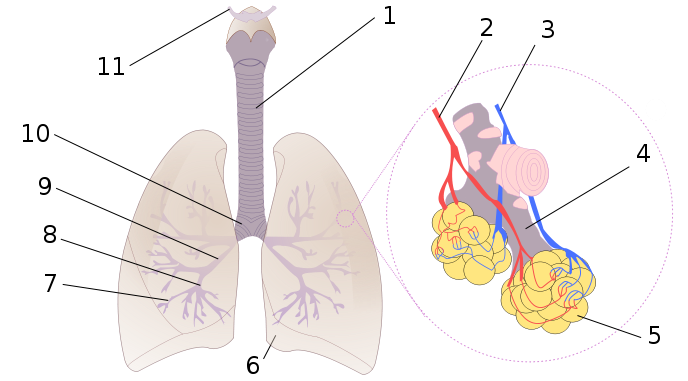 Picture of the human respiratory system. The trachea is numbered 1. © Wikimedia Commons