The rectum is an organ belonging to the digestive system.

Function of the rectum

Structure of the rectum 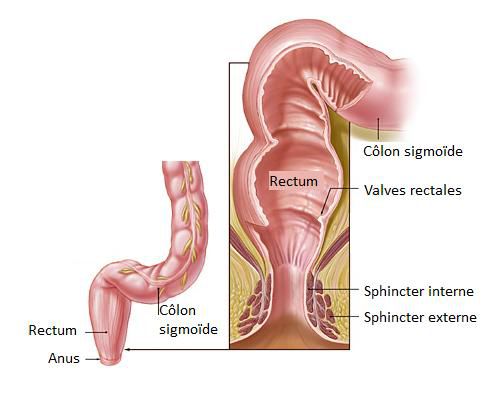 The rectum continues from the colon and opens into the anus. DR credits