Proteins are biological molecules which can have a very wide range of activities.

Proteins carry a very wide range of functions within the cell or body.

Proteins are coded for by genes and synthesised by ribosome during the process of RNA translation They are created by successive incorporation of amino acids, held together by peptide bonds in the order dictated by the succession of codons on the RNA.

Depending on their amino acid order and the binding between them, proteins take on particular conformations which are essential for them to function. Some structures are very commonly seen : 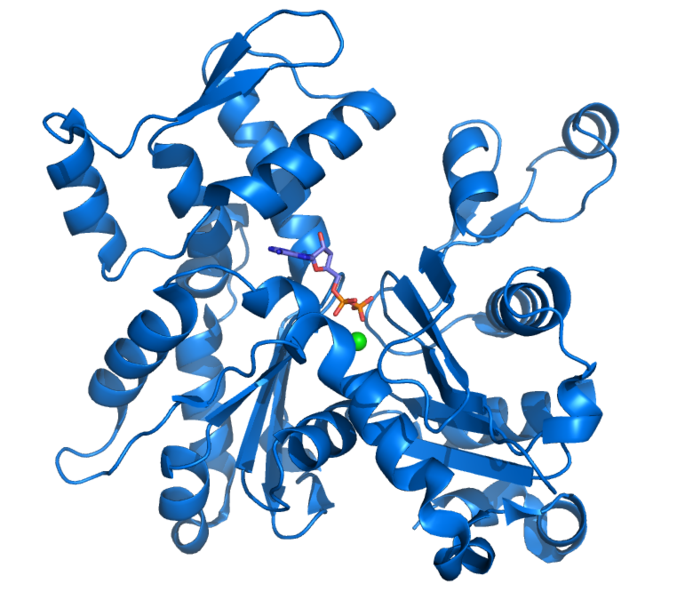 Actin is a protein with a three-dimensional structure made up of alpha helices (corkscrews) and beta sheets (arrows). © Thomas Splettstoesser, Wikimedia, CC by-sa 3.0