A protease (or peptidase) is an enzyme which cleaves protein peptide bonds.

Structure of a protease

Proteases are different and have very different biological roles. Their structures are therefore also very different. However, like all enzymes, they have an active site, which is responsible for their hydrolytic activity on peptide bonds, and a substrate recognition site so that they only act on the target protein.

Function of a protease

These separate two amino acids by breaking the peptide bonds between a carbon atom and a nitrogen atom in the proteins.

The proteases have hydrolase activity as they use a molecule of water to achieve this break. An oxygen and a hydrogen atom from the water molecule make up the carboxyl group on the one hand and on the other, the remaining hydrogen atom is given to the amine group.

Proteases are found in digestive juices (such as trypsin or chymotrypsin) but are also involved in cellular processes such as in protein maturation. 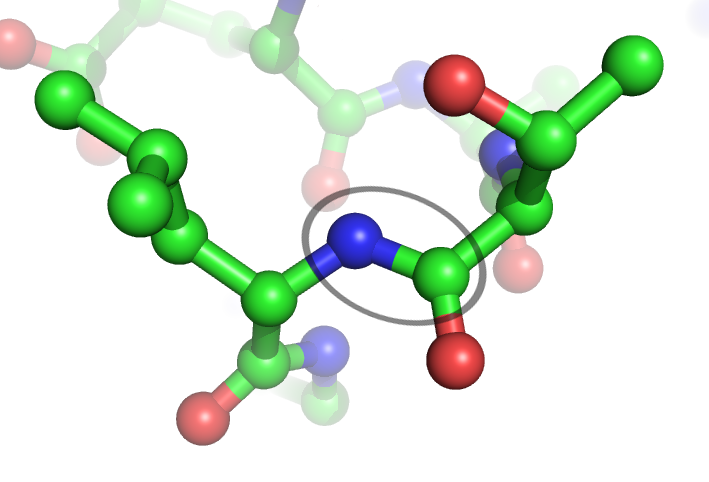 Peptide bonds (between a nitrogen in blue and a carbon in green) are hydrolysed by proteases. © Webridge, Wikimedia, CC by-sa 3.0