Prophage is the form of the bacteriophage when it is inserted into the genome of the infected bacterium.

Then it is referred to as a lysogenic virus, as opposed to a lytic virus which replicates and kills the cells. The same bacteriophage may be found in either form.

In the prophage form, the virus is not virulent but expresses its own genes through the host's cell machinery.

It can remain in this form for as long as the bacterium is not stressed. The phage can even be transmitted to the descendants of the bacterium simply through duplication of its genome (and the genome of the virus) during cellular replication. 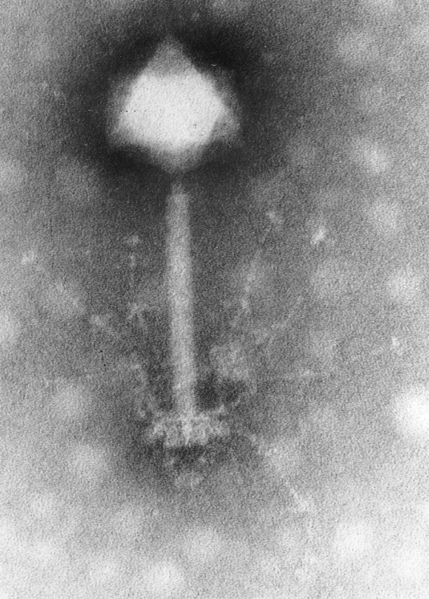 Bacteriophages such as the S-PM2 phage here seen under electron microscopy can insert themselves into the bacterial genome as a prophage. © Plos / Licence Creative Commons