The polar body (or polar globule) if a result of the meiosis process which leads to the formation of oocytes.

Principle of formation of the polar body

In contrast to spermatogenesis in men, in women when the four post meiotic cells form four spermatozoa, a single oocyte is obtained after meiosis.

There is a minimum of two polar bodies, each obtained after the two stages of meiosis. There may be three of them if the first polar body also takes part in the second stage of meiosis. 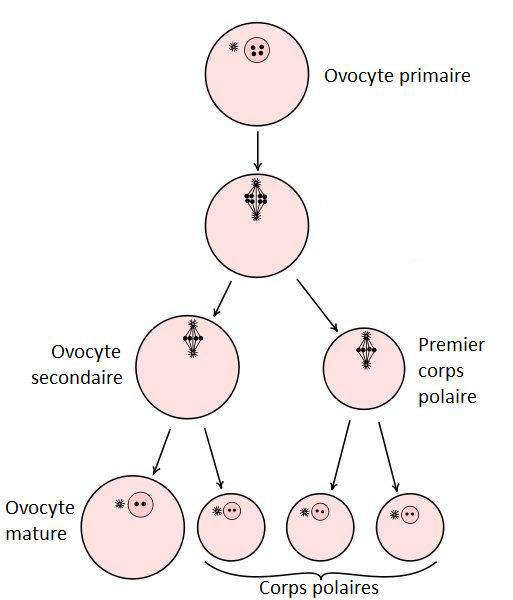 Oogenesis leads to the production of two or three polar bodies. © DR

Polar coordinates of a direction