Phylogenesis is the evolutionary history of a species or group of related species.

The study of phylogeny seeks to establish the relationships between groups of species in different taxonomic levels in order to better understand their evolution, and classify species according to their relationship.

This type of classification is therefore described as" phylogenetic" and is often depicted as a tree, the trunk of which is the common ancestor for all of the species which are shown in the branches. The fewer nodes there are between two species the closer they are in terms of evolutionary relationship and genetics. 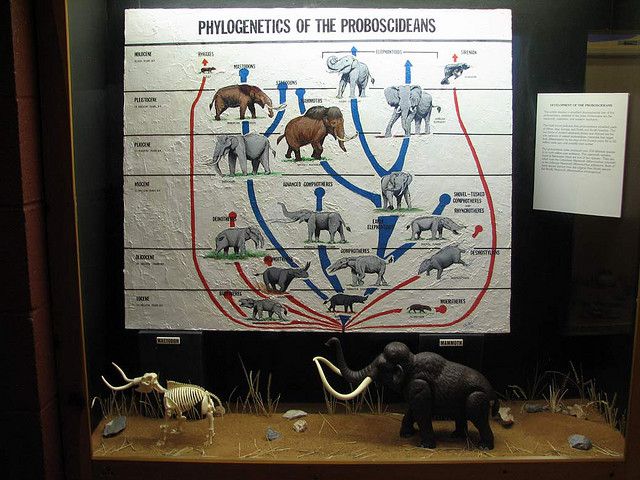 The phylogenetic tree of the Proboscidea, the order of elephants. © hairymuseummatt CC by-sa 2.0