Pesticides (which come from the Latin cida, to kill, and the English pest, troublesome) are substances used in agriculture to combat organisms which harm crops.

The pesticides can be classified into four major classes:

However, there are many other categories of pesticides (nematicides, bactericides, rodenticides, virucides, etc).

The pesticides are often non-natural chemicals developed in the chemical revolution at the start of the XXth century (organochlorides, organophosphates, DDT, 2,4-D), many of which are harmful to human health. 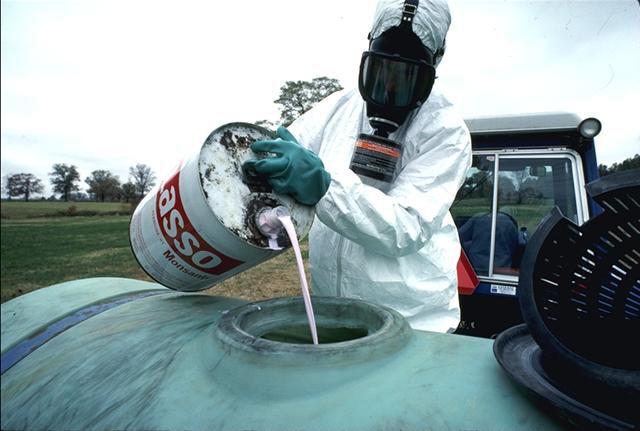