Since 1970 we have known that bacteria exist in nature which naturally produce nano-magnets. These bacteria, can point and move themselves along magnetic fields and are called magnetotactic. They have an organelle, the magnetosome, which contains a nano-magnet. This sometimes consists of magnetite although may also consist of greigite, another magnetic material.

These magnetotactic bacteria live in water or in sediments often formed from layers made up of different chemical compositions. Magnetotaxis enables the bacteria to point themselves towards areas with more nutrients.

magnetotactic bacteria in a magnetic field, the features of which (angle, intensity, etc.) are shown top left. © Melbynfm-YouTube

Magnetotactic bacteria are being considered as sources of nano-magnets for nanomedicine.

Magnetite crystals in the meteorite ALH84001, very similar to those produced by magnetotactic bacteria has been proposed as proof of the existence of past life on Mars. 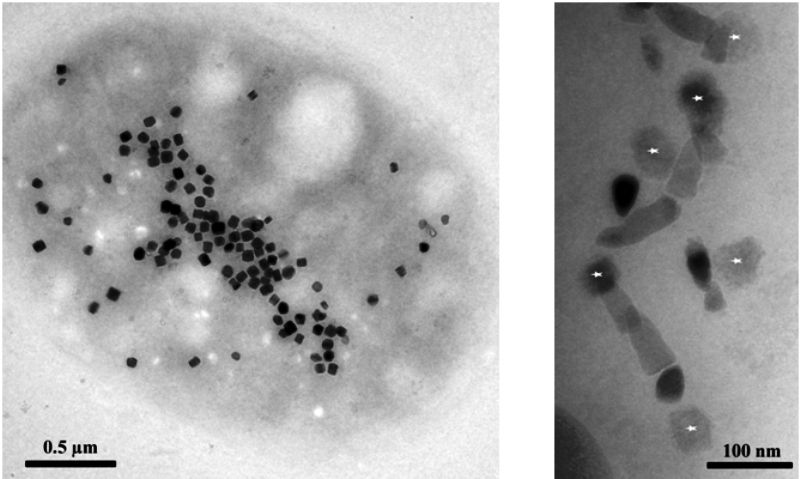