Lysine (Lys or K) is an amino acid present in proteins.

Like all of the amino acids, lysine has two functional groups, an amine group (NH2) and a carboxyl group (COOH). It has a long side chain with four CH2 and ends in an amino group (NH2). It is a basic amino acid.

Lysine is an essential amino acid which is obtained from the diet (vegetables, meat, fish, eggs, milk).

Lysine is involved in the formation of hydrogen bonds in proteins and can undergo post-translational modifications (acetylation, ubiquitination, methylation, etc. ). 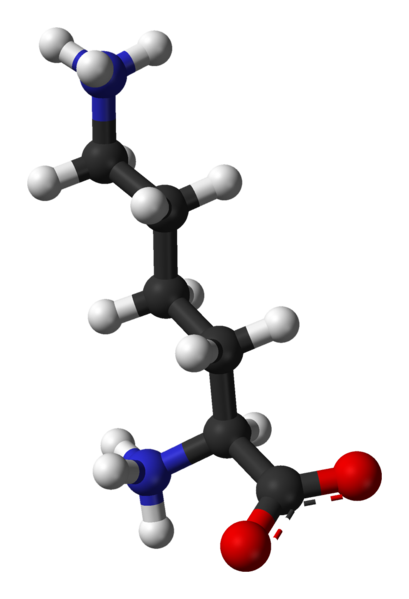