In toxicology and ecotoxicology, impregnation (more commonly referred to as absorbtion in English) is the result of a dose of a toxin or pollutant (or metabolites from their degradation) in the body.

Absorbtion is a means of determining the dose of substance that has actually entered the body through the routes of exposure.

Absorbtion can therefore be used to establish the level of poisoning of individual people and populations in order for preventive measures to be taken or to make a diagnosis.

The phenomenon of impregnation (more commonly referred to as imprinting in English) in ethology and psychology means a rapid, irreversible, acquisition mechanism in a relationship between an instinctive behaviour and an external factor.

The best known of these is in goslings (baby geese) which followed behind the ethologist Konrad Lorenz as if he were their mother. They had been separated from their mother and associated the researcher with their missing mother. 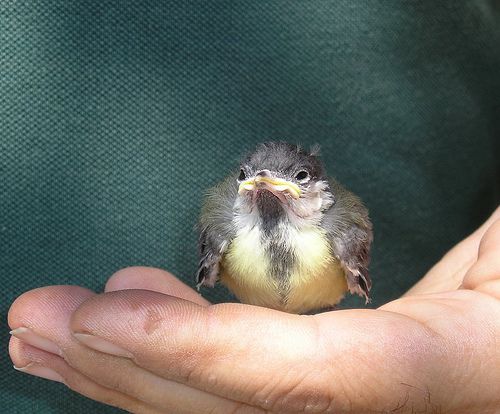 Contact between a human being and a gosling just after it is born may leave an imprint on the gosling. It thinks the human being in question is its mother. © Mariotto52 CC by-nc 2.0