Citrate or citric acid is a biological molecule with the equation C6H8O7.

Citrate is found in all living organisms as it is involved in the Krebs cycle (or citrate) cycle that produces energy.

Citrate is a tricarboxylic acid which is highly acidic (it is found in particularly large amounts in lemons). Because of this property citrate is used for: 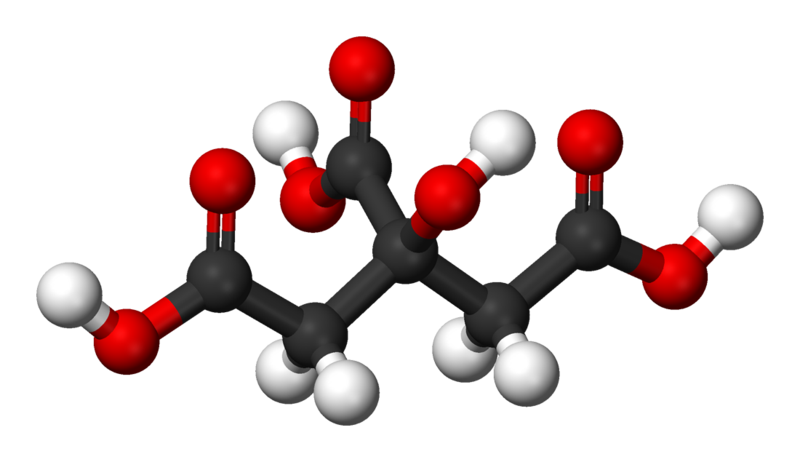