Chlordecone or Kepone is an organochloride molecule with the elemental formula C10Cl10O.

It was used as an insecticide particularly in French West Indian banana plantations against weevils.

The factory where the compound was manufactured exposed many workers to it. Research was started to assess the hazards of chlordecone. Neurological, endocrine and hormonal effects were demonstrated in various studies.

It has been banned in France since 1990 but was nevertheless used for more than 20 years in the French West Indies where the compound is still present in the ground. Pollution appears to cause an increased risk to health particularly by eating foods grown in contaminated ground. 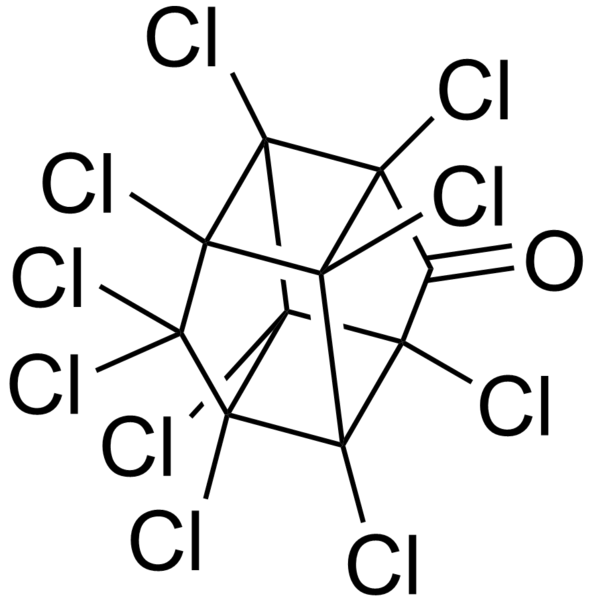 Chlordecone appears to be hazardous to health. © Edgar181